When at a restaurant with an extensive menu, it seems to be a safe bet to go with the dishes that are labelled the ‘Specials’, which is exactly what we did at Joons.

We ordered two Joons Specials in large pans: JjooSam BulGoGi and DakGalBee. We added extras to each dish such as rice cake, mozzarella cheese, and noodle. 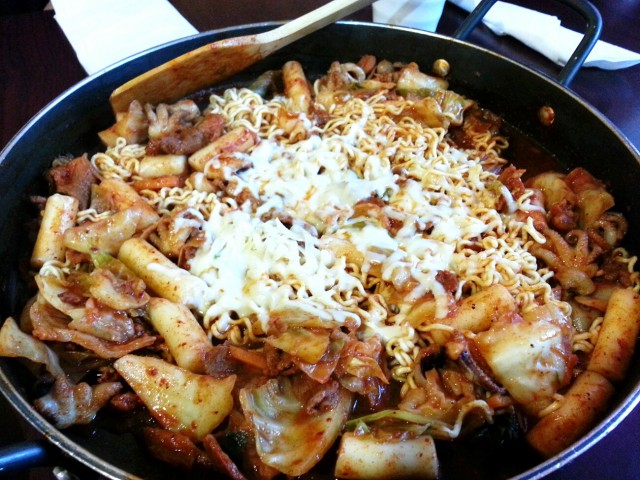 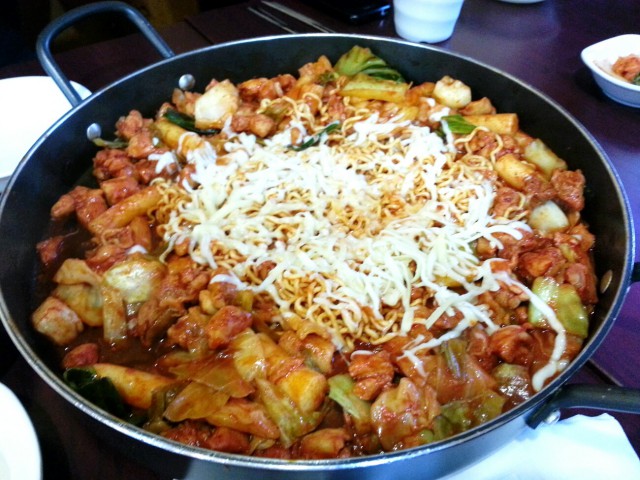 DakGalBee was chicken (boneless dark meat) and assorted vegetables (cabbage, sweet potato, and green onions). The sauce was actually spicier in this dish, and that made the difference overall.

After it became apparent that we were still hungry, we ordered the Modum Jungol: marinated beef, marinated pork, baby octopus, shrimp, sausage, pork bone, assorted vegetables (cabbage, sweet potato, green onion, zucchini, onion, carrot, mushroom), tofu, and crystal noodle, cooked in Joons special Jungol soup. The dish cooked in a shallow pan on a propane gas cooktop right before our eyes. This was my favourite dish of the night as the soup was very flavourful. 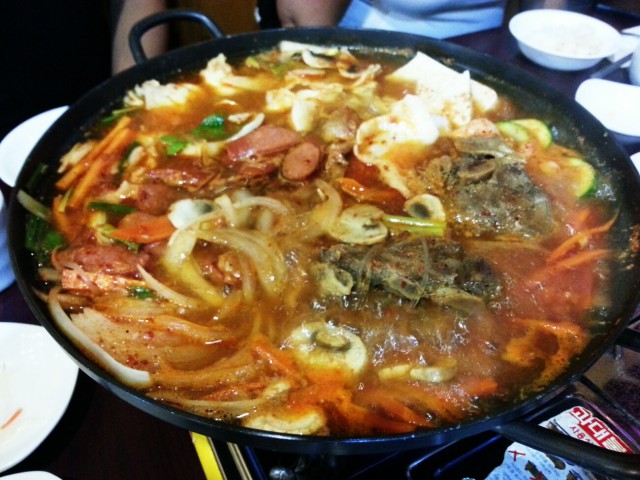 With so many great Korean restaurants in Toronto, the standard is quite high. Unfortunately, Joons did not offer much of the rich flavours that has come to be expected.