We count down the days to Christmas by unveiling 24 magical Kdrama moments. Next up, “Fated to Love You”. SPOILER WARNING

Episode 18 of Fated to Love You 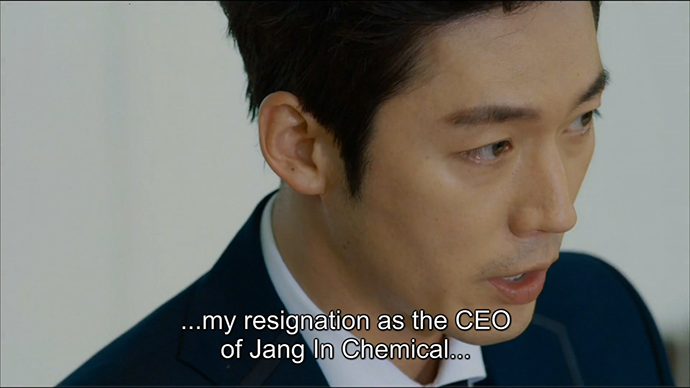 With rumours of his genetic disease swirling around, madcap chaebol, Lee Gun (Jang Hyuk) decides to step down as CEO of Jangin Chemicals, his family company. Having spent the last three years driving away Mi Young (Jang Na Ra), the woman he loves, there’s an air of finality about his decision, as if he’s given up on continuing with his life.

Unaware that Mi Young hasn’t yet left the country, Gun puts on a press conference to announce his resignation. What he doesn’t know is that Mi Young has found out about his disease, and knows that he still loves her. Just as Gun sits down in front of the cameras, Mi Young fights her way through a throng of reporters, cabs across Seoul, and dramatically bursts in on his press conference. 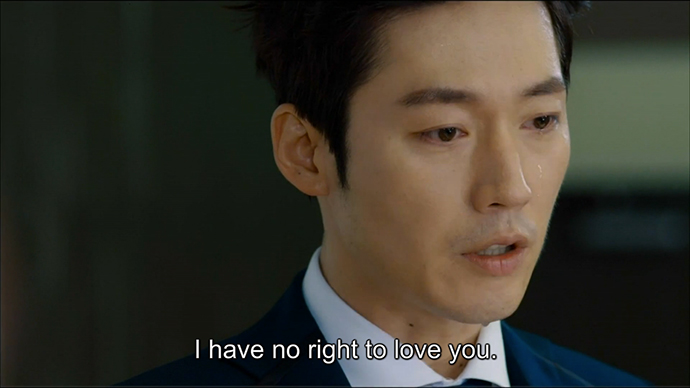 Mi Young tells him that she knows everything, and dares him to tell her that she means nothing to him. Instead, Gun tries to have her thrown out. When Mi Young refuses to leave, Gun confesses that he tried to drive her away, because he can’t stand to see her in pain. He claims not to have any right to love her, but undeterred, she tells him she loves him, and kisses him.

Gun stands firm at first, a tear tracking its way down his face, but eventually he gives in and kisses Mi Young back, and everyone’s head explodes into hearts and flowers.

For more “Fated to Love You”, check out our episode recaps and series review.