When you’re tall and good-looking, why limit yourself to one profession? It’s the start of a new year, so let’s take a moment to celebrate actors who’ve made the leap from the runway to the screen.

Given his pallor and oddball looks, you’d be forgiven for thinking Lee Soo Hyuk was an alien. I certainly thought so, when I first laid eyes on him in “King of High School Savvy”, and briefly wondered whether the show wasn’t veering into science fiction. Regardless, it’s no surprise that he’s a model, given the fact that he’s also spectacularly photogenic.

JK has frequently held him up as an example of how to go mainstream without losing your edge, and I’d have to agree; unlike both Lee Jong Suk and Kim Woo Bin, Lee Soo Hyuk’s editorials never seem to look cheesy, possibly because he looks a little pained when he smiles.

As an actor, I have yet to see him display a wide range, so I can’t really comment on how good he is. In the meantime, I’ll be sure to keep an eye on his progress, if only to watch him turn every drama into his personal catwalk. – Only 만

The porcelain skin, delicate features, and long limbs make it obvious that Lee Jong Suk is a former model. His magazine editorial shoots also show the mark of a professional. What photographs fail to capture is Lee Jong Suk’s fantastic comedic skills.

Lee Jong Suk seems to have a knack for playing irreverent. Scenes featuring this side of his character in “Doctor Stranger” were the least painful parts of the show. The cheekiness is also demonstrated in “I Hear Your Voice” and “Pinocchio”, and he played the cad well in Hot Young Bloods.

Where Lee Jong Suk appears to require improvement is in the melodramatic moments. His hysterics in “Doctor Stranger” and Hot Young Bloods were cringe inducing. Perhaps the director is the key, since his overacting was less glaring in “I Hear Your Voice”. So, there is hope for Lee Jong Suk in “Pinocchio” and beyond. – Junggugeo Kaenada 중국어 캐나다

Choi Yeo Jin got her start in the industry by participating in a modelling contest in Canada (woot!). Sexy and/or sporty seems to be her default setting in her editorial work, given that most of the photos I can find are of her in bikinis or underwear. And why not? She’s not shy, and she’s obviously very fit.

The sexy is a little more distracting on the red carpet, where Choi Yeo Jin seems to turn up in unfortunate outfits designed to show off her assets, but more generally show off her lack of a good stylist.

As an actress, I fell in love with her character in “Emergency Couple”, then belatedly remembered that I’d already seen her (and hadn’t thought much of her), in a few scenes of weepfest, “I’m Sorry I Love You”. Her range doesn’t seem to be wide, but she tends to play attractive, confident women, something K-dramas are particularly short on. Here’s hoping she doesn’t spend her entire career playing sexy second leads, but instead finds a drama where her range is put to better use. – Only

Kim Woo Bin has the perfect face for editorial photography: not traditionally handsome, but interesting, and versatile, capable of going from menacing to cute.

Kim Woo Bin worked the bully angle of his face in his first drama, “White Christmas” then in his breakout roles in “School 2013” and “Heirs”. He was especially entertaining in the latter drama, as chaebol bully, Young Do.

After doing Friend 2: The Great Legacy, it appears that Kim Woo Bin is trying to prevent himself from getting typecast. He has eschewed editorial shoots for boy next door advertising campaigns. The move is understandable, but it’s a shame that Kim Woo Bin has chosen to step away from what he excels at: smart mouthed jerks and high fashion editorials. – Junggugeo Kaenada

I’m pretty convinced there are no bad photos of Cha Seung Won, who started his two decades and counting career as a model. I first came across him in “Greatest Love” as the loony Dokko Jin, and I’ve obviously had his potato monologues on the brain since, because I can’t stop watching his dramas (though, I refuse to admit I’ve got some kind of crush; it’s a complicated relationship).

As a model, his editorials are only limited by his age; at 44, he can’t pull off flower boy anymore, though he can still work it on the runway, and has an enviable body of photos (see here for evidence).

I don’t mean to keep harping on about his age, but it’s no secret that K-drama leads tend to have a sell-by date. Lucky for him, he’s got a broad range, and works just as often in film as he does in dramas. Hopefully, this bodes well for a long career with many magazine photo shoots to come. – Only 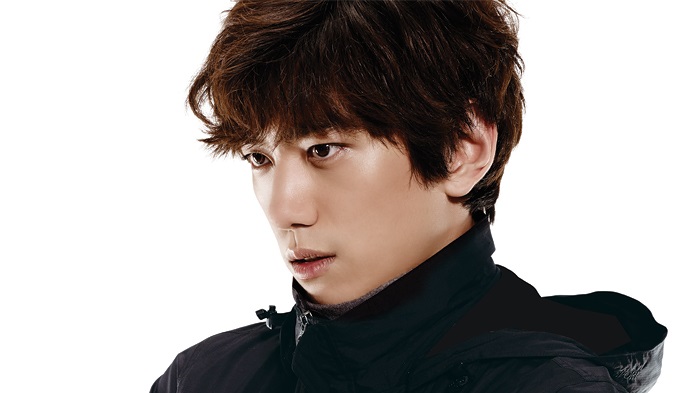 Admittedly, I am not a fan of Sung Joon’s modeling portfolio. In fact, the accompanying image for the Kolon Sport F/W 2014 campaign is one of the few times I have found Sung Joon attractive in a photograph. Sung Joon on video is a different matter.

Sung Joon’s boyish charm was one of the few good things about “I Need Romance 3”. He has an undeniable appeal even when he is repeatedly miscast as older characters in “Discovery of Love”, “Can We Get Married?” and “Lie to Me”. Sadly, even when playing closer to his age, as in “Shut Up Flower Boy Band”, Sung Joon is unconvincing.

Let’s hope that Sung Joon develops some depth to his acting, or else, stick to characters he can easily relate to. Otherwise, he will have to coast on charisma alone. – Junggugeo Kaenada

Readers: Which model/actor catwalked their way into your heart?

Give good face in the Comments below.