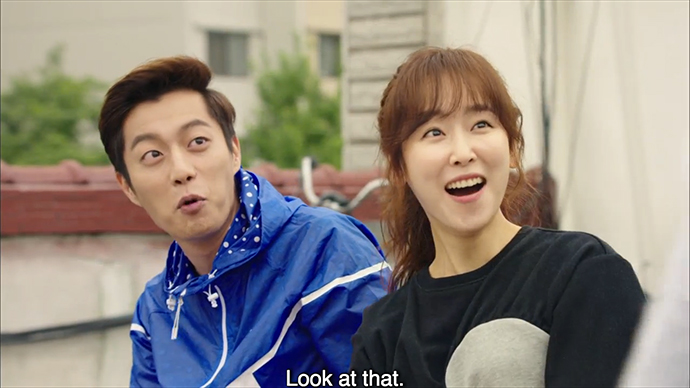 Just as you’ve finished a heavy 18 course dinner, the waiter hands you a whole new menu.

That’s my analogy for the announcement that production has begun on a variety show spin-off of “Let’s Eat 2”.

The K-drama just ended on June 2, but Seo Hyun Jin (Soo Ji), Yoon Doo Joon (Dae Young), and Yang Yo Seob, the Beast band mate who did a cameo in episode 16 of “Let’s Eat 2”, are reportedly already in Spain. Maybe, they will hit a few of these Spanish dishes.

My guess is that there will be lots of eating, but since it’s essentially a reality show, the reactions will be more subdued, and the food won’t be as beautifully lit. Now, wouldn’t it be amazing if a love triangle occurred?