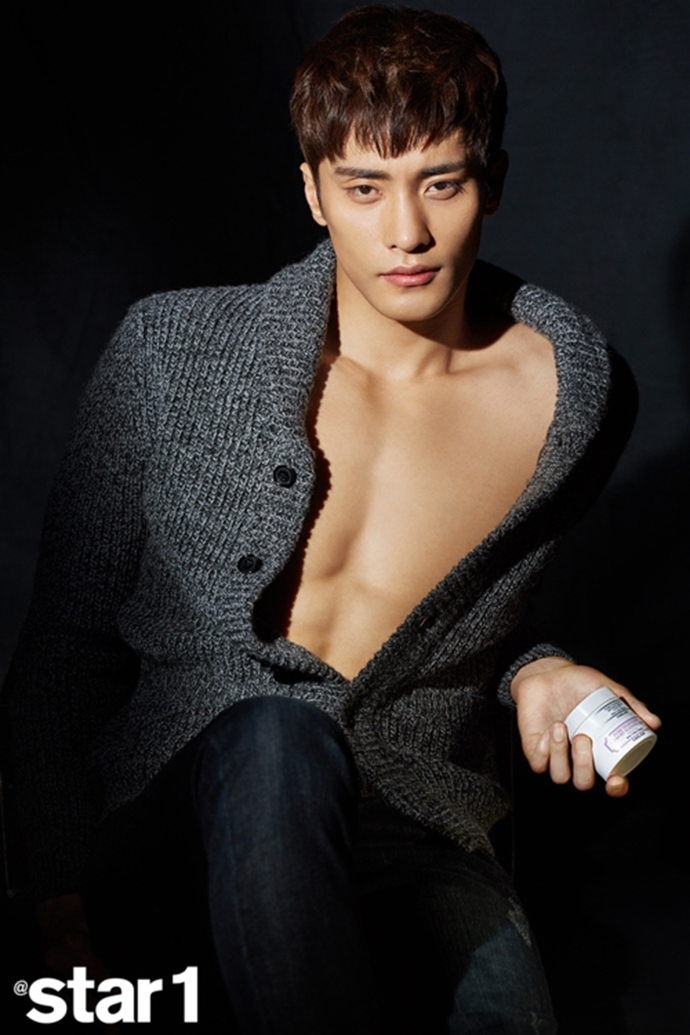 It’s February and it’s cold, so here’s a photo of Sung Hoon in a sweater. See the rest of this set and more at kmagazinelovers.tumblr.com.

I don’t even know what to make of this description: “The new series from OCN stars Lee Joon (Heard It Through the Grapevine) as a prickly ex-cop who suffered a major setback on the job that left him scarred. He went on to set up a private investigation agency after leaving the force, and one day suddenly becomes a vampire.” Vampire Detective: To suck or not to suck

I add this exciting photo solely because Kris Wu (formerly of EXO) will be in Toronto, playing for Team Canada in the NBA Celebrity Game on Friday. The Canadian team is the most random collection of people ever, so imagine the locker room conversation between Kris Wu, Drake, Win Butler of Arcade Fire, and former WNBA player Tammy Sutton-Brown. Awesome. Kris Wu and Vin Diesel Get Chummy on Set

From this script reading, I gather two things: First, that this is a very attractive drama, and second, that I may end up rooting for the villain. MBC Revenge Drama Goodbye Mr. Black with Moon Chae Won and Lee Jin Wook Hold Script Reading

Take a moment, and imagine the K-drama version of this movie. Korean-American Actor Picks Up Special Acting Prize at Sundance

I have a soft spot for Lee Sung Min, so I may watch this inevitably weepy drama. Lost at sea for tvN human drama Memory

You don’t actually need to read the rest of this article; it’s all there in the title. Song Hye Kyo: K-Drama Actress of “Descendants of the Sun” Purchases $7.5 Million Second Home after her Tax Evasion Scandal Making Netizens Critical