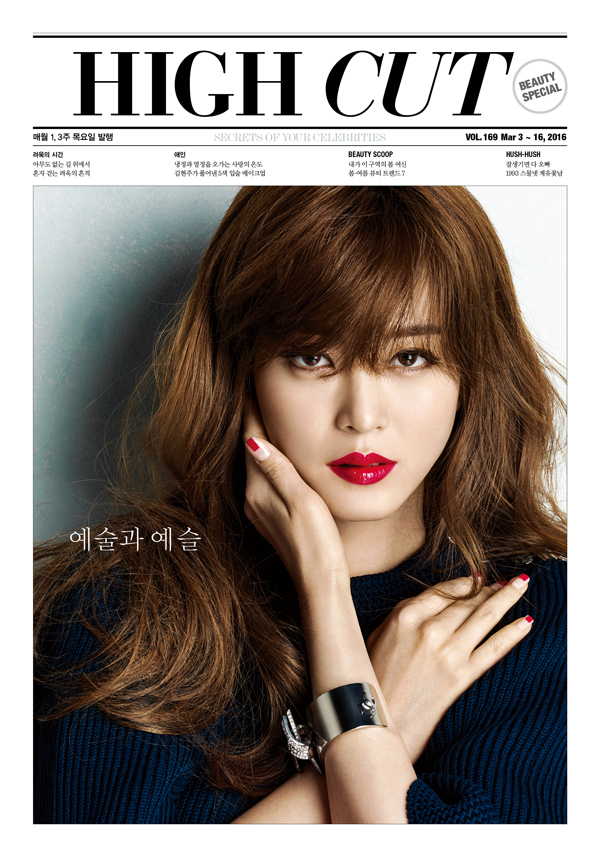 Han Ye Seul on the cover of the current issue of High Cut.

The only thing the teaser tells me is that there will be a lot of table flipping and angry sweeping of the hand. Jang Geun Seok and Yeo Jin Gu are Intense and Angry in First Teaser for Jackpot

Meanwhile, Seo Kang Joon is telling fans in Singapore that he loves cheese. I find it hilarious that people see him as a vampire, and he just wants to play a teenager. K-EXCLUSIVE: Seo Kang Joon Meets with Singapore Fans!

Will Jang Hyuk play a Korean immigrant or will the show pretend that he is Chinese? Jang Hyuk to appear in Chinese drama

I believe that this is Lee Kwang Soo’s first leading role in a Kdrama. Bravo, Giraffe! ‘Running Man’ Lee Kwang Soo Picks Up Lead Role In Webtoon Turned K-Drama ‘The Sound Of Your Heart’

I wish the article had revealed how this arrangement came about. Is the lead singer of Steelheart a Kpop or Kdrama fan? Heavy Metal Singer Wows Korean TV Audiences

Is Chanyeol is trying to be a jerk or he is just candid? EXO member Chanyeol was clueless about Chen’s new song?

Hanbok wearers claim that the outfit is comfortable, but the pedestrians wearing hanbok in the photo are carrying their skirts while the women walking in front of them look all fancy free. Traditional ‘Hanbok’ Popular with Young Women