In K-dramas, hair is a direct reflection of health, and no matter how destitute a character is, no one ever wears the same outfit twice. Hence, every flip of the hair and every fleeting ensemble is worth noting. 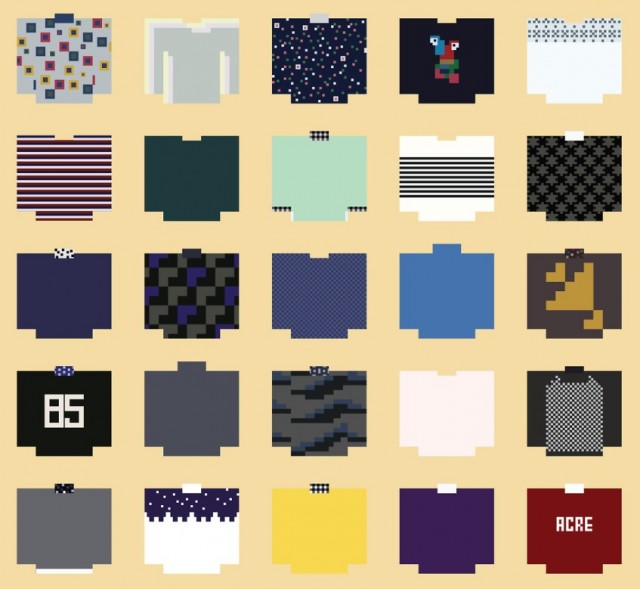 Not every chaebol can afford Kim Tan’s epic wardrobe of ugly sweaters. No other character in “The Heirs” had such an endless supply of eye watering knitted tops, so rest assured that the wardrobe department made Kim Tan’s clothing choices on purpose. My co-blogger, Only 만 could not stop talking about Kim Tan’s sweaters, and it appears that they were also on the minds of Dramafever. – Junggugeo Kaenada 중국어 캐나다

My Love from the Stars

Gianna Jun’s enviable wardrobe was one of my favourite things to watch in “My Love from the Stars”. Since Cheon Song Yi is a famous actress, in any given scene, she wears thousands of dollars of designer clothes, making the show a bit like a moving version of a Vogue fashion spread. A particular highlight for me was this double-breasted military coat by Balmain, which, if you had a time machine and a lot of money, you could buy here. – Only 만

Sam Dong (Kim Soo Hyun) is a country bumpkin with the frizzy mop top to match for much of the series. However, after watching the girl he loves kiss his friend/rival, then learning that he is going deaf, Sam Dong cuts both the girl and his musical career off along with his hair. Even though Kim Soo Hyun gives the best cry face in K-drama, I couldn’t stop focusing on his new and improved hair and clothing, plus an earring, too! It is only a matter of time before the girl comes running back for Sam Dong, because girls dig hurt and brooding with style to match. – 중국어 캐나다

Nothing says uptight rich guy like a double-breasted suit, a Winchester shirt and an ascot. You don’t have to tell Joo Joong Won (So Ji Sub), who spent the entirety of “Master’s Sun” in some variation of this outfit, his brief pyjama scenes excepted. He even took this uniform with him into the afterlife, where he added a pocket square and Oxfords to give it some flair. In contrast, Tae Gong Shil (Gong Hyo Jin) spent much of the series either in clothes that looked like nightgowns, or actual nightgowns. – 만

It takes a character like Cha Hye Rin to bring about the appearance of a bikini in a K-drama; a rich bitch who slept with her adopted brother, paid a man to pretend to be her new boyfriend in order to make her adopted brother jealous, then fell for her paid man. Of course, both her adopted brother and the paid boyfriend choose instead to fight over the awkwardly cute Han Eun Soo, who layers her clothing until not even a thorough drenching can reveal a single lascivious body part. The moral of the story is don’t wear a bikini. – 중국어 캐나다

Goo Dae Young (Yoon Doo Joon) is a food-obsessed insurance salesman who lives as frugally as possible. When he’s not working, he spends his time wearing a tracksuit in a mostly bare apartment while reading comic books and playing games on his phone. When he has to dress up, he goes to the dry cleaner to change, emerging like a preppy Superman from a phone booth, ready to use his considerable charms on uninsured noonas. – 만

Readers: what outfit or styling do you remember most?

We welcome your superficial Comments below.