Lifestyles of the rich and awful are a K-drama obsession. We attempt to sort out the different types of chaebols, who, in addition to being rich and attractive, are usually lucky in love, too.

Combining impossible wealth with a relaxed attitude to life, the irresponsible chaebol is happy to coast on his/her parents’ money and influence, until they meet a try-hard “commoner” that shakes them out of their comfortable existence, and teaches them how to take on responsibility.

While he or she seems like just a shallow rich kid, the irresponsible chaebol inevitably has some form of mental trauma inflicted by family relationships. In “First Shop of Coffee Prince”, it’s the result of a distant dad, and a secret family history; in “Flower Boy Ramen Shop”, it’s a smothering father; in “Protect the Boss”, it’s a complicated history coupled with a temper tantrum prone father.

Generally, irresponsible chaebols dress in a laid-back or outlandish fashion, maybe to prove that they don’t fit neatly into a strait-laced chaebol box. In “Protect the Boss”, Cha Ji Heon never managed to throw on a tie, and frequently showed up to work in pastel jackets over loud t-shirts. Han Gyul of “Coffee Prince” incorporated a wealth of strange details into his normal-seeming outfits. And, don’t even get me started on “Prosecutor Princess”, where Ma Hye Ri looked like an extra from “Clueless”.

The irresponsible chaebol has a cavalier attitude to work, as in “Cunning Single Lady”, where Gook Seung Hyun only showed up to his job in order to get himself fired. Of course, he was captivated by the hard-working female lead Na Ae Ra, but sadly, since he was a second lead irresponsible (and secret) chaebol, she went back to her ex-husband instead. – Only 만 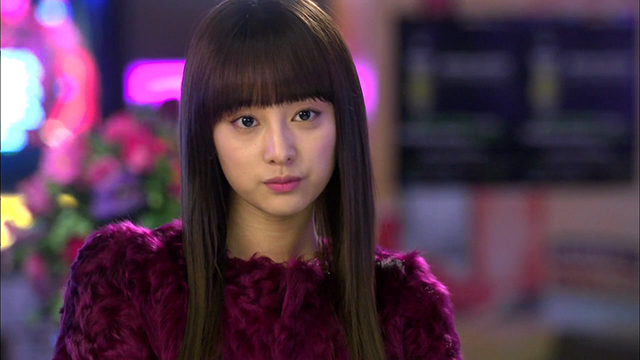 Like Lord of the Flies set in a high school, “The Heirs” featured the bully chaebol trifecta in second male lead Choi Young Do, second female lead Yoo Rachel, and any one of a number of evil chaebol moms, most notably Jung Ji Sook (played by Park Joon Geum, who’s made a career of playing evil mom bully chaebols).

Similar to “The Heirs”, but more light-hearted, “Boys Over Flowers” featured a school full of bully chaebols led by Goo Jun Pyo, whose first instinct when thwarted by poor, but plucky female Geum Jan Di was to step up his bully game. Not surprisingly, he was also the product of a evil mom bully chaebol.

Park Joon Geum made another appearance as an evil mom bully chaebol in “Emergency Couple”, where she rode roughshod over her son’s professional and personal life, and the lives of anyone who got in her way. Her son, Oh Chang Min, was no picnic either; he spent the first part of the drama trying to bully his ex-wife into quitting her internship.  – 만

In “Shut Up Flower Boy Band”, and “Dream High”, the male lead’s rich relations are revealed only when a member of the family shows up unexpectedly to confirm that he will remain hidden and have no claim on the family fortune. After Ma Te learns of his connection to a chaebol family in “Pretty Man”, he spends the entire series trying to make himself worthy of acknowledgement, despite being illegitimate, and a professional gigolo to boot.

In “Let’s Eat”, “Shut Up Flower Boy Band” and “Shining Inheritance”, the former heiress is forced to fend for herself after the family fortune is taken away, because her father is at odds with the law. On the plus side, bringing the princess down from her pedestal makes her more readily available for the romantic hijinks that we all love. – Junggugeo Kaenada 중국어 캐나다만

This is the rich man who hides his wealthy status in order to pursue his own career independent of his family, or so that he can pass as a commoner. In all cases, the secret chaebol falls for the female lead of modest means, because she is obviously not a gold digger.

In “Baby Faced Beauty”, Jin Wook is secretly the only son of the family behind a successful pig trotter restaurant. However, Jin Wook would rather pursue his own career, and is forced to camp out on his friend’s couch after being exiled from the family home. Similarly, David (Lee Jang Woo) works as a Marketing Director at a shopping network in order to stay clear of messy family politics. Who could guess that a major company shareholder like David would live in a tent, or drive a dusty, vintage car?

Then, there are the secret chaebols who embed themselves in their family’s company to learn the business from the ground up. In “My Love From the Stars”, the Chairman’s son, Hwi Kyung works as a lowly salary man in a cubicle, but is shockingly dense about his coffee run duties, and fails to ingratiate himself with his seniors. The clueless secret chaebol never does learn the office rules, because his boss and co-workers discover his true identity, and suddenly start giving him a pass on everything he is supposed to do.

See Joo is more adept at keeping his chaebol status a secret in “Marry Him if You Dare”.  He works as a cameraman in his grandmother’s broadcast network in order to learn about the company that he is set to inherit. The only clue to his true identity is his impertinent attitude towards his senior, and the rival for the female lead’s affections, the news anchorman. When it becomes clear that he is losing the battle, See Joo reveals his chaebol status with a flourish. Sadly, See Joo is also a Second Lead Chaebol, and therefore, doomed to disappointment (see below).- 중국어 캐나다 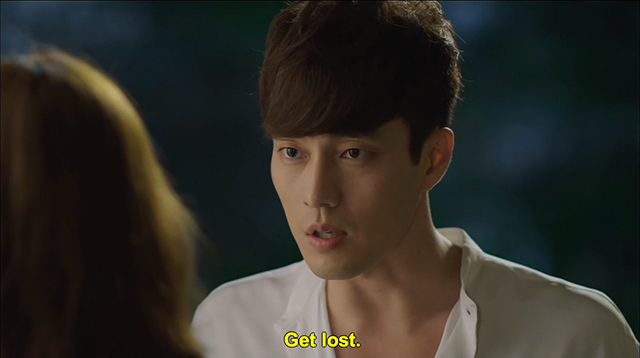 The cold chaebol is usually a man, hardened by an overbearing family, and more interested in business then in dealing with human beings. The cold chaebol is usually matched up with a candy girl: a warm, hard-working, somewhat dim woman who teaches him that love is worth more than money. Occasionally, the cold chaebol has an irresponsible chaebol sidekick, as in “Secret Garden”, where Kim Joo Won’s cousin, Oska is a fading pop star. He also frequently has a kind-hearted secretary who looks out for the heroine.

The cold chaebol has no time for anything other than making money, and is unusually resistant to human interaction. In “Bride of the Century”, Choi Kang Ju is so uninterested in his intended bride that he doesn’t realize she’s been switched with her doppelganger until the substitution becomes obvious.

The cold chaebol inevitably crumbles in the face of warmth and comfort, and will eventually, single-mindedly pursue the unlikely love of his life, sacrificing money, business connections, and even family in his wake. In “Master’s Sun”, the cold but unusually blunt Joo Joong Won even points out to Tae Gong Shil how much money he is giving up for her, and this is after he gets into a life-threatening situation to rescue her. – 만

The wealthy nice guy is a relatively rare phenomenon. In addition to looks and money, he is hard working and responsible. All this and he is nice to the female lead, but she has no romantic interest in him.

In “Protect the Boss”, cute and loaded Moo Won loses the girl to his cousin. While rich and adorable runs in the family, the cousin is irresponsible, suffers from a number of debilitating phobias, and calls the female lead ‘poop head’. Nevertheless, rich jerk trumps the responsibly rich for the heart of the female lead.

Joon Hyuk (Lee Kyu Han), the second lead chaebol of “Que Sera Sera” is actually adopted, and slept with his adopted sister who is still in love with him. Joon Hyuk manages to go where few of his kind have gone before by marrying the impoverished female lead. Unfortunately, it is not happily ever after, but Joon Hyuk falls back on the one thing that chaebols can always depend on: money. – 중국어 캐나다

Readers: which K-drama chaebol had you smacking your lips at the prospect of ‘eating the rich’?