Now, where did he find heart-shaped pasties?

Phillip (Phillip Choi) walks into his apartment to find Soo Kyung (Lee Soo Kyung) making him a surprise dinner. He’s cranky, and acts weird when his phone rings. When he sneaks out of the apartment after getting a phone call from a woman, Soo Kyung loses her mind to paranoia, imagining multiple scenarios of Phillip in a motel room with another woman. Undeterred, she chases him out with a baseball bat, only to find him meeting with an unknown woman.

Soo Kyung goes off on the woman, and smashes her rear view mirror, only to discover that the woman had just called to ask Phillip to move his car. Completely embarrassed, Soo Kyung apologizes profusely, even more so when she discovers that the car she attacked was Phillip’s.

Over manicures the next day, Soo Kyung recounts the incident to her co-workers, Yu Jin (Sa Kang) and Mi Jin (Kim Mi Jin). They counsel her to boost Phillip’s pride and spend more time with him. To kill two birds with one stone, Soo Kyung asks Phillip to teach her to drive. Predictably, it leads to nothing but bickering, as Soo Kyung hunches nervously over the wheel. He leaves to go hang out with his friends, and Soo Kyung ends up hitting a dog. 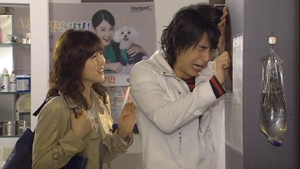 Horrified, Soo Kyung imagines her future life as a dog-killer in prison (and subsequent release with the requisite tofu greeting), but gathers her courage to check on the accident anyway. At the vet’s, the dead dog’s owner weeps profusely at her, and a flustered Soo Kyung agrees to pay him off to escape.

Min Ae (Jang Min Ae) is also driving, and she’s chased down the street Terminator-style by a guy who claims she hit him. The guy hauls her to the police station and refuses to settle with her, because he believes that she’s a bitch. She ends up calling Ryohei (Otani Ryohei), who is too busy being browbeaten by a terrible menswear designer to answer. 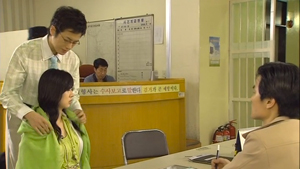 Soo Kyung, meanwhile, is accosted by the sister of the dog owner, and also hauled to a police station. She finally calls Phillip to come and get her, but he’s already on his way to pick up Min Ae. Phillip waffles over who he’ll go to, and finally chooses Min Ae. At the police station, he comforts Min Ae by covering her with his ugly cardigan and convinces the offended guy to settle by appealing to him as a fellow Marine.

Soo Kyung calls Phillip again as he accompanies a stricken Min Ae out of the station. Dispirited, Min Ae tells him that she’ll be fine on her own, but he ignores Soo Kyung’s call in favour of taking her home. Uh-oh.

I feel like I’m repeating myself so often in these comments, but the fact is I have very little new to say. The fantasy sequences are still the most amusing part of the show, and it’s still painful watching Soo Kyung and Phillip’s relationship die out. Though at least we were mercifully spared the heavy-handed hinting at Soo Kyung and Dong Wook’s possible future connection. It looks like we may have some progress, though, as Phillip blatantly chooses to help Min Ae over Soo Kyung. It would have been nice if he’d told Soo Kyung that he wasn’t coming, but hey, maybe a breakup is the next step? Dare we dream it?

Also, never let your significant other teach you to drive; I learned that one the hard way. To cheer us all up, here’s Ryohei’s fabulous purple outfit: 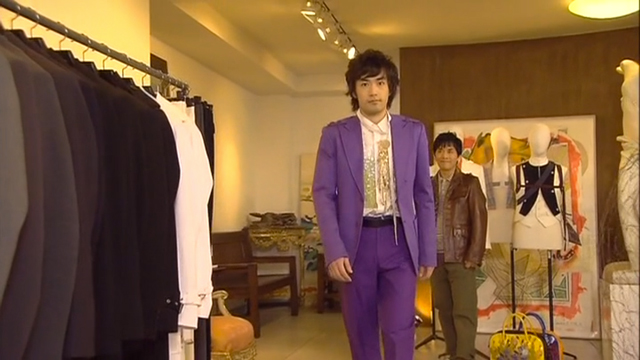