Skin + Bones has been around, but with so many choices in the neighbourhood, we just never got around to visiting. After an aborted attempt to visit Back of House, because they had ran out of food (!), we went to the reliable Skin + Bones.

We started with Pork & Ricotta Meatballs with Soft Polenta, Grilled Octopus with Paprika Stewed Potatoes, and House Made Sourdough with Rosemary Butter. The bread was good, though the serving was skimpy, especially because we had to pay for it. The Meatballs were by far my favourite, because they had good texture and flavour. I could not actually taste the ricotta, so I can only assume that it served to give the meatballs moisture. 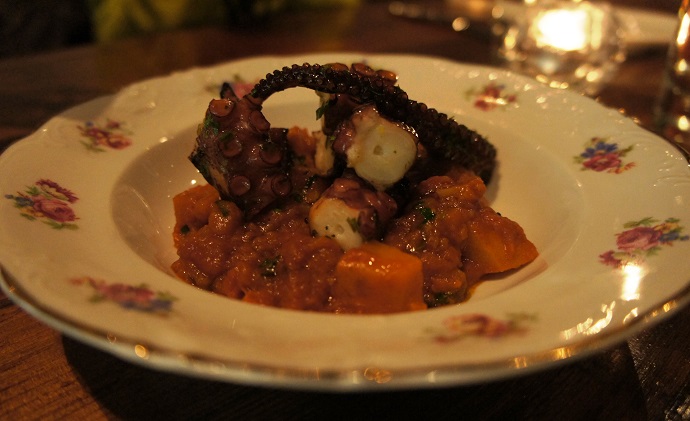 The quality of the Grilled Octopus varied depending on the thickness of whatever tentacle you selected. When I complained that I found the octopus too chewy, my fellow diners disagreed, prompting me to take a fatter piece. Sure enough, it was juicier, though more cooked than I like. 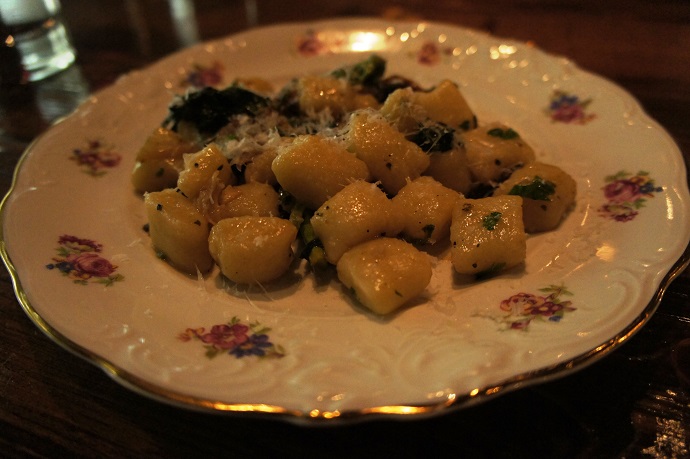 There were many meat entrees, but the Wild Mushroom Gnocchi with charred rapini, radicchio and Grana Padano caught my eye. Unfortunately, I found myself regretting my choice. The mushroom flavour was barely detectable in the mushy gnocchi. The charred rapini was jarring in its strong bitterness, and overwhelmed the underwhelming gnocchi. 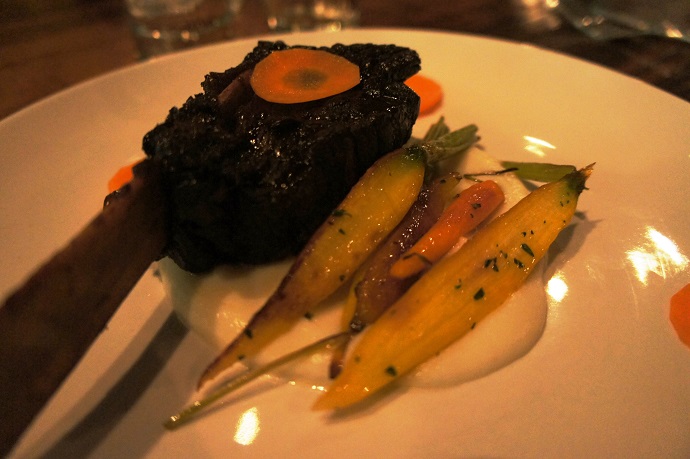 What I should have gotten was the Pork Steak, or the Braised Beef Short Rib. That is what my fellow diners ordered, and the small sample I had of each was delicious. My fear with pork is always that it will be dry, but the Pork Steak was very juicy. The beef short rib was tender, and the glaze was flavourful. On its own, the beef was a little too salty, but this was tempered  in combination with sauce, which countered the beef. 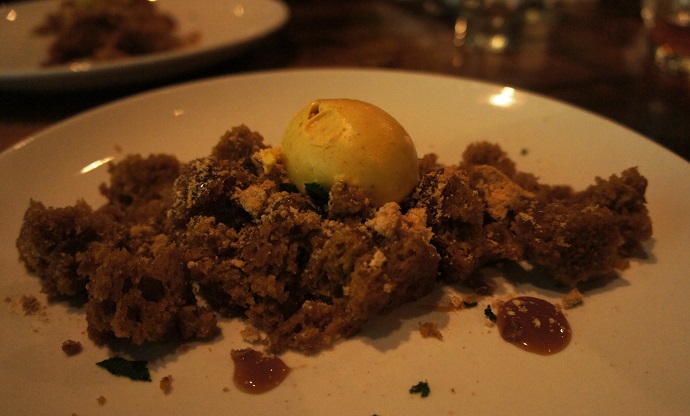 We ended the meal with the seasonal Pumpkin Cake with Cinnamon Meringue, Bourbon Caramel, and Pumpkin Ice Cream. When the dish first arrived, I was delighted by the prospect of pumpkin crumble. It turned out to be soft, fluffy cake, as indicated by the name of the dish. As I ate, I couldn’t help but think how much I would have enjoyed the soft pumpkin ice cream with a crunchy pumpkin crumble.

For an urban restaurant, Skin + Bones boasts a very spacious dining room. It was a luxury not to be sitting elbow to elbow with other diners. They also did a fantastic job with the lighting, which bathed the room in warm spotlights so that we never felt confined by the lack of windows. I only wished the food came more promptly, and my dish choices had been better. 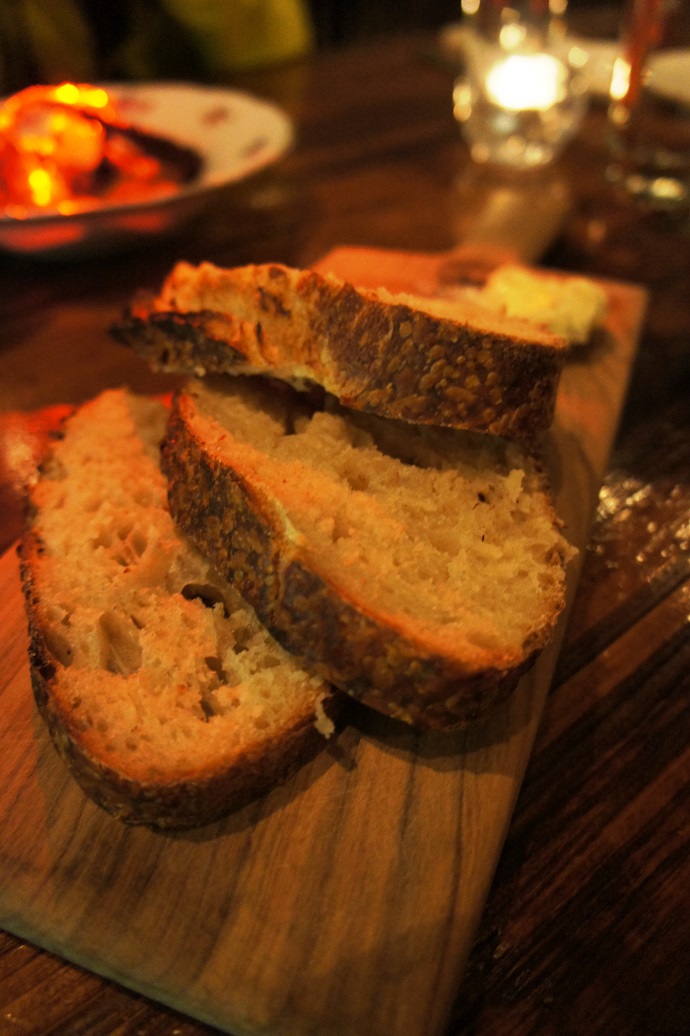