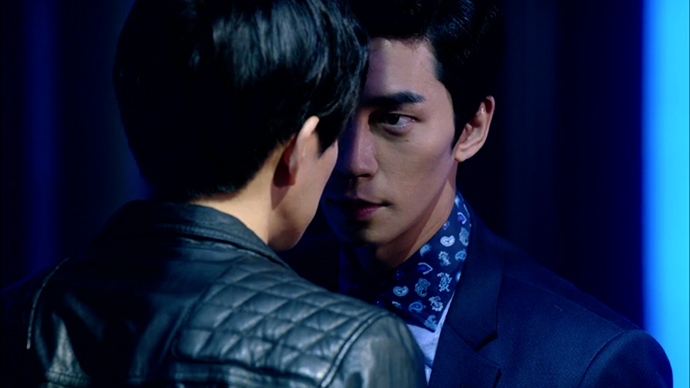 Back on the stage of the “Liar Game” set at jvN, genius convict Ha Woo Jin (Lee Sang Yoon) questions why slimy game show host, Kang Do Young (Shin Sung Rok) has gathered together people who are connected to L Company, while Do Young taunts him. They stop their manly staring contest long enough to film the rest of Woo Jin’s interview for the “Liar Game” audience. In answer to a question from Do Young, Woo Jin readily admits he will win “Liar Game”, but will give all his winnings to trusting idiot Nam Da Jung (Kim So Eun).

Despite this promise, when Da Jung tries to thank him afterwards, he brushes her off coldly. Da Jung goes home to find a crowd of creditors outside, but thanks to fast-talking former loan shark, Jo Dal Goo (Jo Jae Yoon), she manages to get inside. Dal Goo joins her for dinner, but before he can eat, he’s called out by Woo Jin. 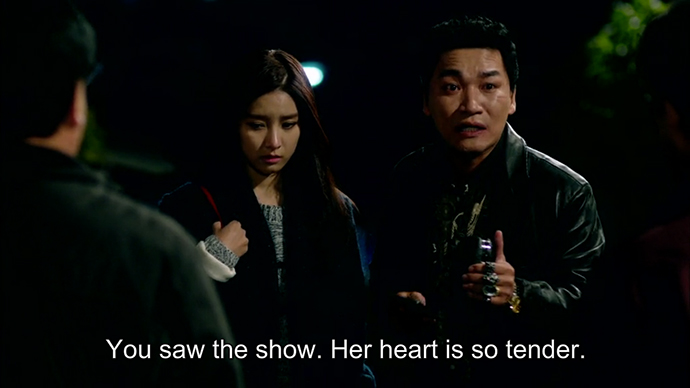 At Woo Jin’s crappy apartment, Woo Jin emerges from the shower (already dressed, unfortunately), and gives Dal Goo the rundown on the situation. Woo Jin’s entry into “Liar Game” was a setup, and he warns Dal Goo not to tell Da Jung. Woo Jin asks Dal Goo to find out the connection between Dal Goo’s former loan company, L Company, and Do Young.

The next day, at the filming, Woo Jin and Da Jung learn that the next stage is the President Game. Each contestant has to bring in a candidate from the outside, and after three rounds of elections, one of those people is elected president. The president can then select who to eliminate, and also form teams for the next round. The players, minus evil contestant, Jamie (Lee El), decide to stick to their original plan of being a team. As they leave the set, the other players finally notice that the congressional aide has left ahead of them, in order to bring in his own candidate, the congressman. 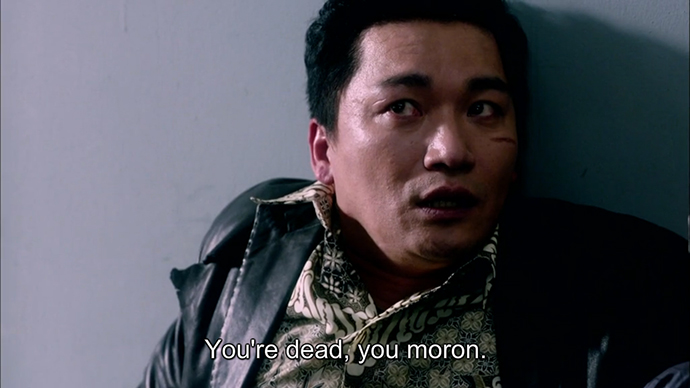 Dal Goo, meanwhile, has gone back to the office of his former employer, the Money Money Company. Predictably, he gets caught by his former boss before he can even search the desk, and is tied up and thrown into the trunk of a car. Mysteriously, the loan shark calls Do Young to ask whether to “take care” of Dal Goo. Do Young decides to wait and see, as “Liar Game” PD, Lee Yoon Joo (Cha Soo Yun) looks on, worried.

The remaining members of the team are having treats at the café where Da Jung works, when Da Jung gets a ransom call about Dal Goo. If she doesn’t settle her debt immediately, the loan shark intends to sell Dal Goo’s organs. 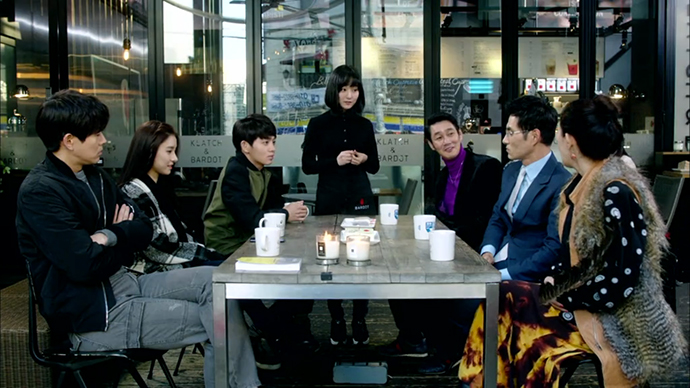 Jamie, meanwhile, gets instructions on her candidate from jvN Station Director Jang (Choi Jin Ho). When he advises her to get Woo Jin on her side, she points out that she has a better card up her sleeve, and demands a bigger cut of the money.

Rather than hearing what Jamie’s card is, we finally get a shirtless scene, as a stoned Dal Goo is laid out of a stretcher (presumably to take out his organs). In the classic tradition of villains revealing everything before killing the hero, the loan shark whispers to Dal Goo the identity of the person who set up the game (and it’s not Do Young). Just as they’re about to cut him open, Woo Jin makes a dramatic entrance, followed by Da Jung, Yoon Joo and the camera crew. Outmanoeuvred, the loan shark can do nothing, but watch as Da Jung asks Dal Goo to be their candidate for the President Game. 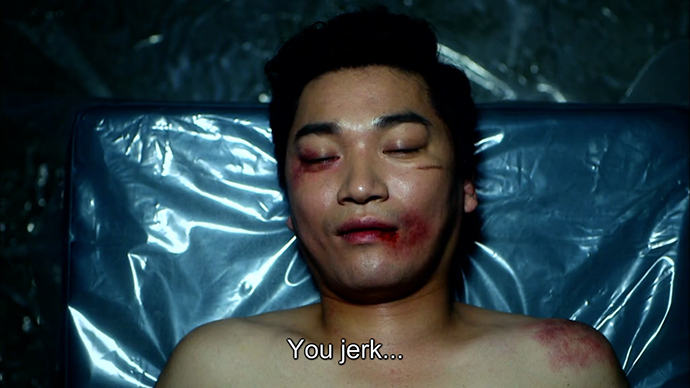 The next day, at the filming, Dal Goo remembers nothing from his ordeal, including whatever his former boss whispered to him. Dal Goo and the congressman are introduced as candidates, but Jamie throws them all into confusion by nominating Do Young.

Director Jang, Yoon Joo and Do Young convene an emergency meeting in the parking lot. In the end, they agree that the other participants must vote whether to allow him in as a candidate, and if so, Director Jang will fill in as MC. As Director Jang celebrates his triumph, we have a flashback to Jamie making a deal with Do Young to trick Director Jang into allowing him into the President Game. 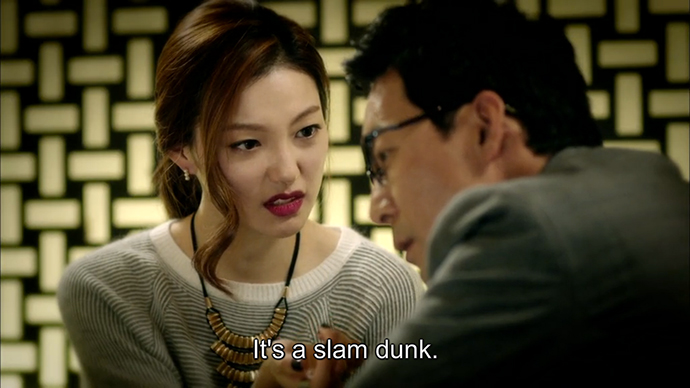 The players are split equally on the subject of allowing Do Young to participate, until Woo Jin unexpectedly breaks the tie in favour of Do Young. His condition is that Do Young breaks all contact with the staff, and gives up all the information he has on the game. As the players file out, Woo Jin explains to Dal Goo that he allowed Do Young to join in order to face him directly rather than have Do Young pull all the strings from above.

At the President Game stadium, Director Jang explains the rules. Each candidate makes one campaign promise per round, only one of which is allowed to be a lie. After each round of voting, the President is allowed to eliminate one participant, and after the last round, the President can eliminate two players. They distribute money to each of the players in the form of flashy gold coins, but put the rest in storage for the President to dispense. 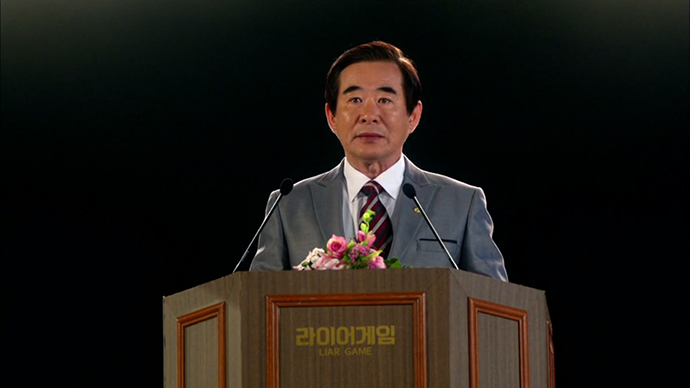 One by one, the candidates each give a speech, starting with the congressman. Dal Goo stutters his way through, only to be saved by Da Jung, who insists that he’s trustworthy. Do Young, instead, bases his entire platform on saving “Liar Game” from the clutches of evil criminal Woo Jin.

Da Jung, Woo Jin and Dal Goo work out a strategy to use up the false promise first with an obvious lie. This will ensure that all the other promises must be true, allowing Dal Goo to seem more trustworthy. The campaign starts with all candidates making their promises, and each of the players choosing to side with a particular candidate, or remain unaffiliated. At the end of the voting, Do Young is the winner, seven votes to two. Since he can only eliminate people who didn’t vote for him, he has a choice between the congressional aide and the fortune teller. He chooses the fortune teller, who is dragged off by security. 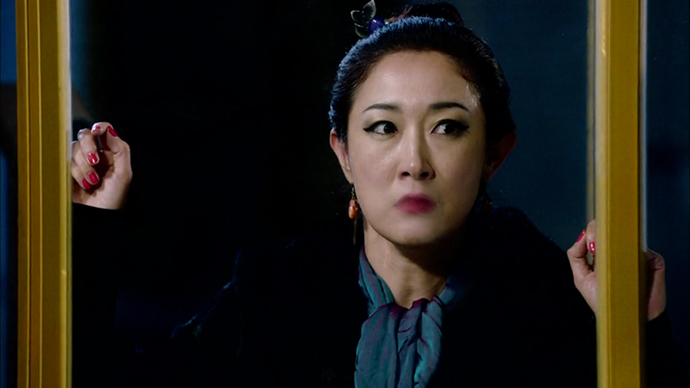 It turns out that Do Young’s promise was false, thus ensuring that all of his other campaign promises must be true. In the next round, he promises that the next three people who choose to affiliate themselves with him will each get one third of the money in the safe. He ends up recruiting the lawyer, the washed up actor and the gangster, but since this leaves out everyone who is already affiliated with him, he loses Jamie. In an effort to recruit her back, Do Young sends the lawyer to pass on a threat. She laughs in his face, then proposes they form a new team, since with the four of them, they can ensure a win for any candidate. 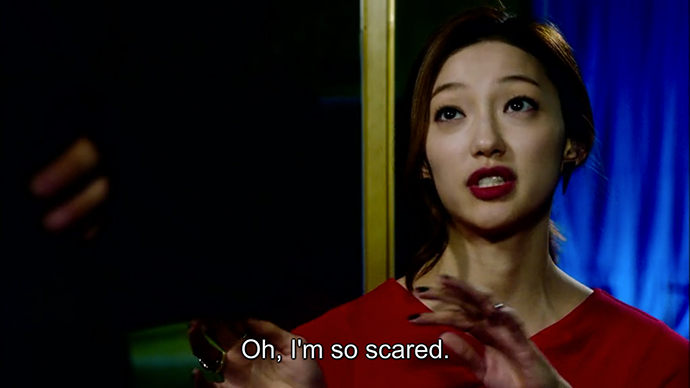 Da Jung instead focuses on winning over fellow contestant, Choi Sung Joon (Lee Shi Hoo), and succeeds in recruiting him. Her efforts seem likely to come to nothing, however, as the voting block formed by Jamie, the lawyer, the washed up actor and the gangster make a deal with the congressman to win the second round.

After a whispered word from Woo Jin, Dal Goo goes over to their camp and attempts to win their votes. Instead, he succeeds in angering the gangster, and the two of them are put in isolation for fighting. The congressman realizes that Jamie’s plan has gone out the window and, suspecting the gangster of being a traitor, he comes up with a new plan. After his supporters vote, the four of them surround the voting booth so that no one else can vote in the remaining time without using violence to get through. 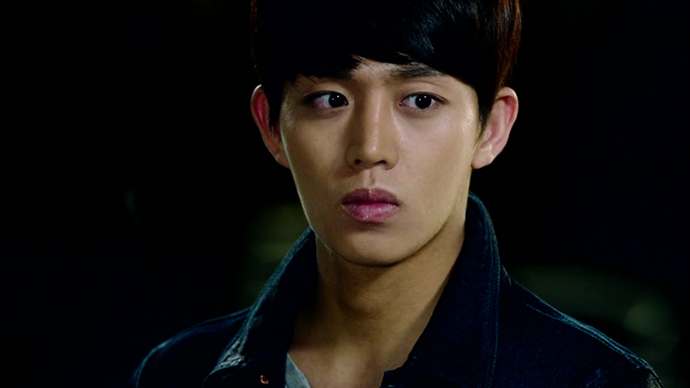 Convinced that he’s going to win, the congressman indulges in some immature taunting of the gangster and Woo Jin. Of course, Woo Jin still has an ace up his sleeve, but the episode ends before we can hear what it is.

To be completely honest, I’m not entirely clear on the rules of the President Game; it’s testament to how entertaining this show is that I’m willing to puzzle it out.

Surprisingly, watching Da Jung has become less of an exercise in frustration, since she’s learning that being completely trustworthy is a useful weapon in a game like this. But, more interesting is watching Woo Jin and Do Young finally go head to head on a level playing field. I can’t wait for the next episode to find out who Do Young’s puppet master is, and how the President Game is going to turn out. Will Dal Goo betray them? What ace does Woo Jin have up his sleeve? Who’s going to be eliminated next? Also, why is this show so good?

On a side note, I seem to have about 8 billion screen caps of Woo Jin, aka Lee Sang Yoon. I will share some, because I like you. 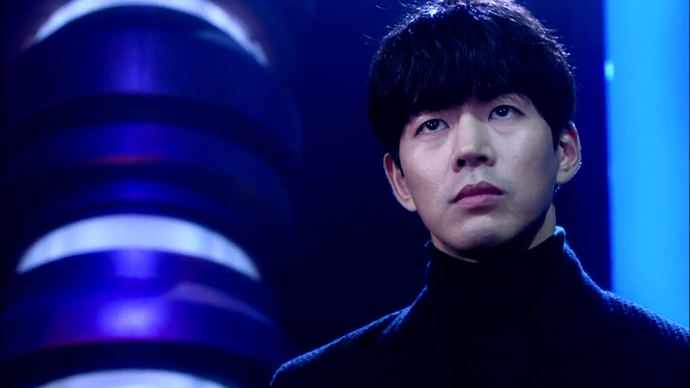 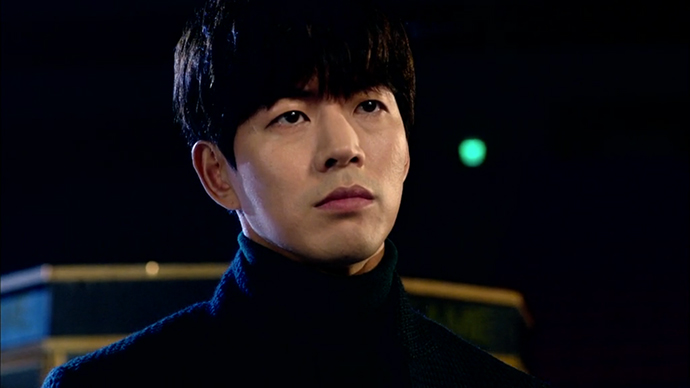 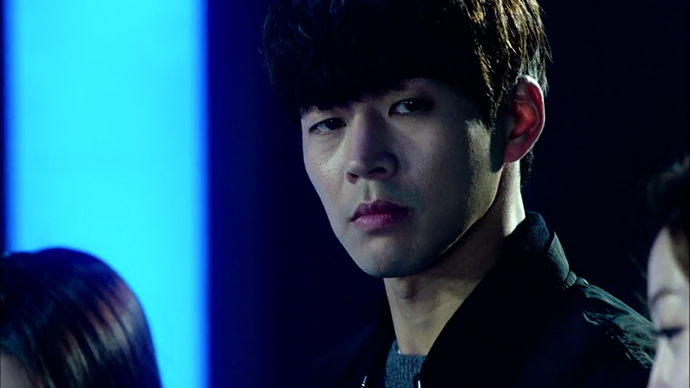 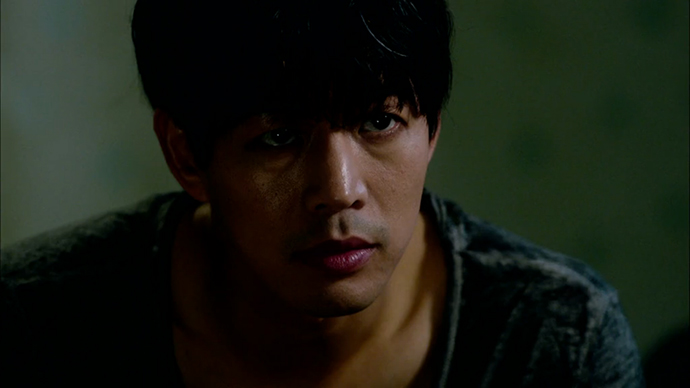 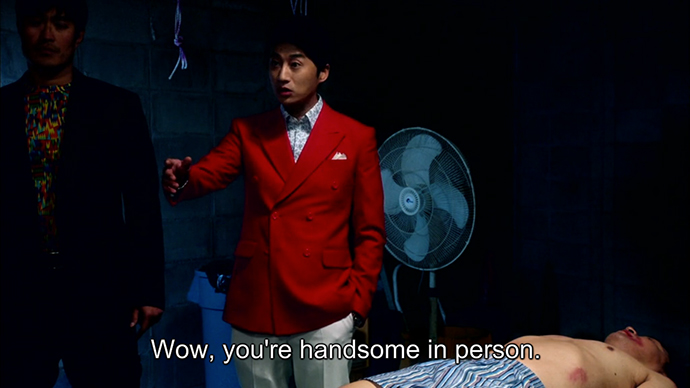