K-Pop World Festival is an annual competition organized by South Korea’s Ministry of Foreign Affairs in which K-pop fans sing and/or dance to the music they love. This year, a regional preliminary round was held in Toronto for the first time with 16 finalists selected, based on video submissions, to perform on stage.

In the theatre lobby, Visit Korea provided attendees with complimentary Korean cookbooks, and tourism information. There was also an opportunity to get a hand fan by simply posing with a cut out of a member of 2PM or 2NE1 for the camera. Later, it turns out that those who had their photo taken were unwittingly entered into a photo contest that no one knew the rules of. Regardless, several finalists and two lucky winners had their portraits with K-pop royalty projected onto a screen for the entire audience to see. 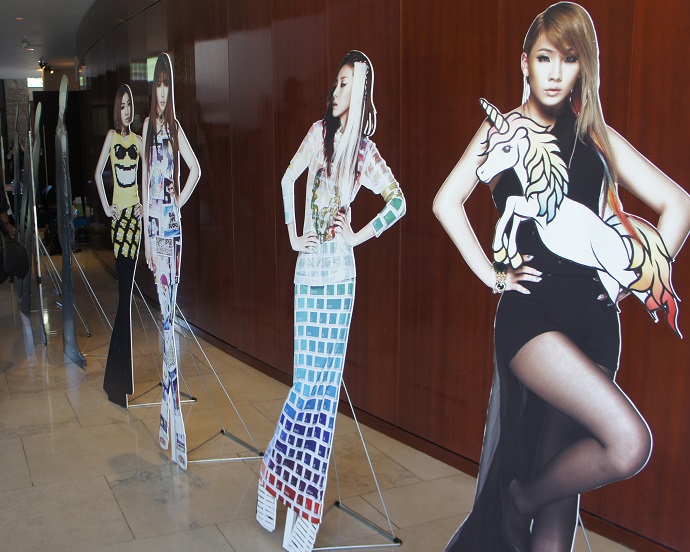 Korean Canadian singer/songwriter, Ju Bora (주보라) served as a judge and, before the competition started, performed two songs, “When your eyes were sparkling like jewels (보석같이 너의 눈이 반짝였을 때)” and “Sunshine (봄을 닮은 그대)”.  She tried to get the audience to sing along with the latter, and seemed to take our laziness in stride. 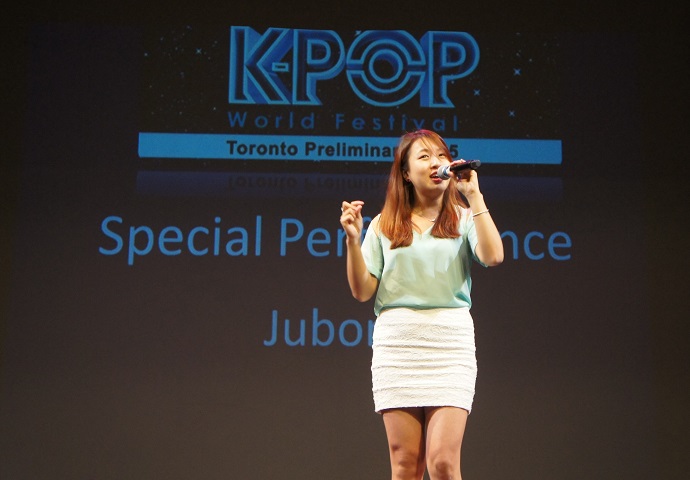 What all the competitors and the audience members had in common was their love of K-pop. I got a hint of what it must feel like to be in the audience of a K-pop concert or a live taping of a K-pop music program, mostly thanks to Abby, an enthusiastic audience member who cheered for every competitor, and screamed along to the lyrics of every song.

The competition was dance heavy with only six singing acts. In the end, the judges seemed to prefer co-ed dance crews, who took up all three spots on the podium. Only a special mention and the 1st Place Singing award went to vocalists.

Some of my personal favourites did not win, so I’ll highlight them here. I apologize for the photos; I just did not have the right lens for the job. 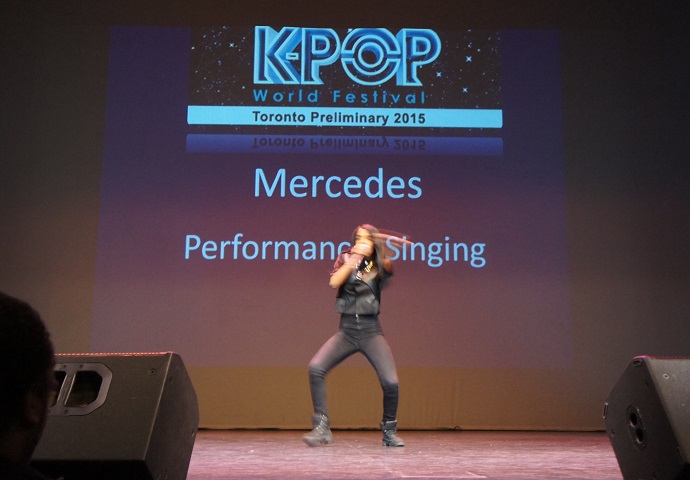 Mercedes performed CL’s “The Baddest Female (나쁜 기집애)” with all the sassiness of the original, which I enjoyed immensely. 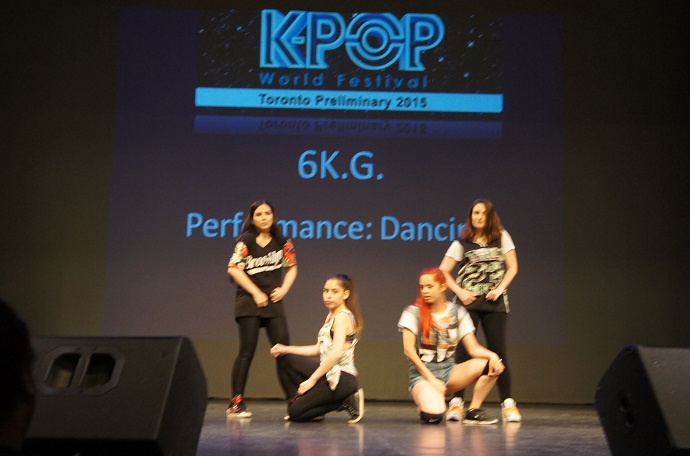 This was the first dance crew that really impressed me. They danced through a six song medley that whipped the audience into a frenzy. They have their own YouTube channel. 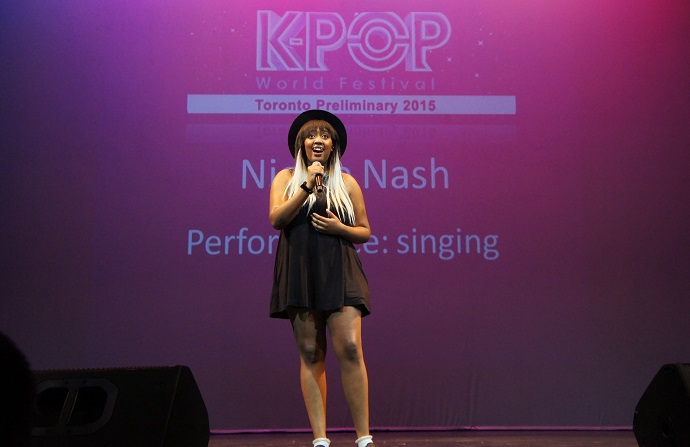 The sound system was not great, but this singer still managed to sing sweetly. She also has her own YouTube channel.

Despite not being an avid fan of K-pop, it was easy to get swept up in everyone else’s enthusiasm. Congrats to all the competitors for putting on a great show.