Deep inside The Venetian Hotel and Casino is a restaurant serving southern fare. We had a hard time finding Yardbird, so by the time we ordered from the menu, we went a little overboard.

Lewellyn’s Fine Fried Chicken features half of a steroid and hormone free chicken. It was quite juicy, perhaps the result of the 27 hour brining process. The batter was tasty enough though I would have liked it to be more savoury. 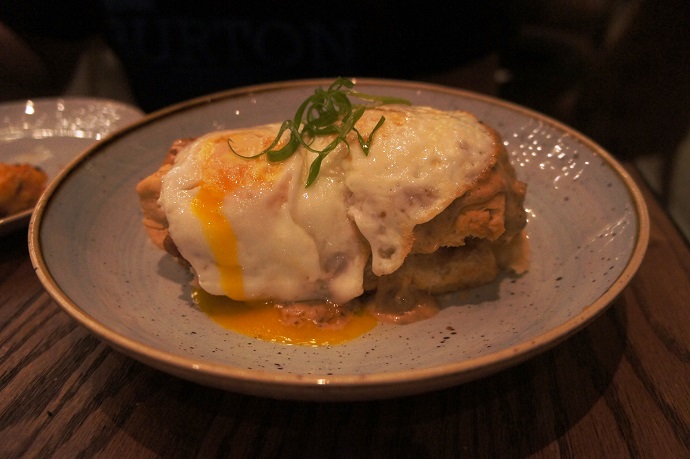 The Fried Chicken Biscuit Sandwich was a special of the day.  It featured the same signature fried chicken, but with gravy and two eggs poured on top. It was a heavy dish, and really would have been enough for two people.

We ordered the Macaroni & Cheese as an appetizer, and found it to be a good rendition of the classic dish. The macaronis were larger than usual, but remained firm, which I prefer. The sauce was made up of five cheese and went well with the crispy herb crust.

Everything was delicious, but it was all too much of a good thing.