Skip to content
Side dish: What is worse? Being deceived in love or being mislead about eating apple pie? Try this Mock Apple Pie recipe, and get back to us with an opinion.

A crowd gathers around a tree, whipping out their smartphones. In the branches is a 26 year old woman shamelessly proclaiming her love. It turns out that she is the subject of an experiment by Standford University psychologist, Choi Soo Hyun (Sung Joon) in which she was unknowingly set up with three men. Soo Hyun is out to prove that true love does not exist, and that women’s hearts are moved by financial security. To hell with medical ethics, this is science!

On a busy street in Seoul, a man desperately counts the pavement, and cannot be removed by a cop nor his friend. Soo Hyun steps in and is able to uncover that the man is suffering from the trauma of losing his wife during a robbery. Soo Hyun hands his business card to the man’s friend, and recommends followup treatment.

At Madam Antoine Café, psychic, Go Hye Rim (Han Ye Seul) mutters French under her breath while a middle aged client watches on anxiously. Hye Rim claims that Marie Antoinette whispers in her ear, but she actually uses her knowledge of human predilections and body language to read her clients’ fortunes.

In the middle of the session, Hye Rim’s sign come crashing down outside. It turns out that a new tenant, a psychological counseling center, is moving into the second floor, and so the café sign must be removed from its lofty position. Worst of all, the new tenant has named the business, Madame Antoine. Of course, the new tenant is none other Soo Hyun.

Soo Hyun has set up his Madame Antoine Center to counsel patients who he wants to study. This center is purportedly a secret, but it has generated interest in the media and from cosmetics companies looking for the key to the female psyche. Even Soo Hyun’s landlord, Chairman Kim Moon Gon (Byun Hee Bong) changes his mind, and decides to invest in Soo Hyun’s research.

The unsuspecting subject of Soo Hyun’s experiment in love seen at the beginning, a schoolteacher, is invited by Soo Hyun, via a video on a tablet, to do some some additional testing and answer follow-up questions. That is when she discovers that Soo Hyun made a sham of her love life. She interrupts his callous line of questioning by whipping her purse in his face. Yet, Soo Hyun is undeterred from proceeding with the next experiment on another unsuspecting woman.

Soo Hyun discovers that the man he had helped off the street has decided to cease treatment. He is now consulting with a fortune teller instead, and is happy. It turns out that Hye Rim scooped Soo Hyun’s patient while the man was waiting for his counselling session in her café. 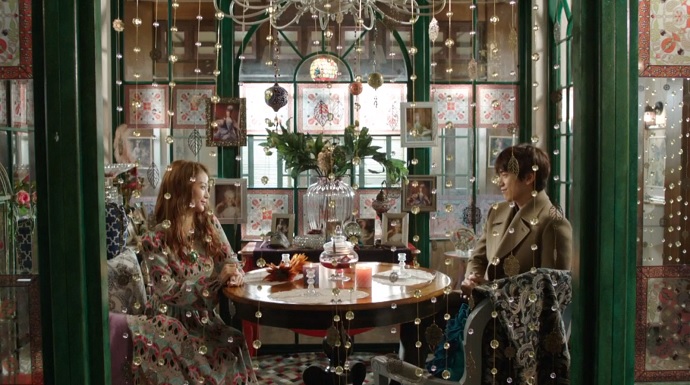 Soo Hyun is on the warpath when he goes to find Hye Rim. Without revealing who he is, Soo Hyun asks Hye Rim to tell his fortune. As they sit across from one another, they size each other up like formidable foes. Hye Rim finds it impossible to read Soo Hyun.

Soo Hyun turns the tables on Hye Rim, prompting her to reveal personal information. However, she quickly gets a hold of herself, and starts fishing for information. Though Soo Hyun knows what Hye Rim’s intentions are, she manages to touch a nerve by bringing up his mother. A forgotten traumatic memory involving his mother, a merry-go-round and ice cream causes Soo Hyun to lose his cool.

Meanwhile, Hye Rim’s sister, Go Yoo Rim (Hwang Seung Eon) discovers that Soo Hyun’s student, Won Ji Ho (Lee Joo Hyung) is a prodigy. After going to college at the age of seven, the only thing that Ji Ho needs to learn about is human nature. Hence, the reason why he is studying under Soo Hyun.

Yoo Rim interrupts Hye Rim to warn her who her client actually is, just as Soo Hyun hands over his business card to Hye Rim. He calls her a con man, and Hye Rim angrily takes him to task for naming his center, Madame Antoine.

Just before Soo Hyun leaves, Hye Rim tries to get some petty revenge by warning him not to look in the mirror. Soo Hyun laughs derisively, but finds himself unnerved and crawling on all fours to avoid seeing his reflection in the bathroom.

Both Soo Hyun and Hye Rim approach the Chairman in an attempt to get the other kicked out of the building. However, the Chairman fluffs them both off.

Hye Rim is mesmerized by a passionate scene from The Notebook (let’s have some of that, please!) when she receives news that someone has run off with the money intended for her daughter’s tuition.

Soo Hyun walks by, and overhears Hye Rim panicking about money, but misses the intended recipient of the funds. He quickly calls up the Chairman to warn him that Hye Rim will approach him about borrowing money.

Hye Rim is sadly predictable and calls the Chairman shortly after he hangs up with Soo Hyun. She gets invited for a face-to-face meeting with the Chairman. As she advises the Chairman to pay for a costly memorial service to avoid catastrophe, Soo Hyun’s poisonous words whisper in the Chairman’s ear. The Chairman tells Hye Rim that he will consider her advice, but looks disappointed in her.

Hye Rim leaves the Chairman feeling guilty and ashamed about conning him. Hye Rim’s daughter calls her, and she cannot speak, collapsing on the floor. Hye Rim intercepts the Chairman as he is getting into his car, and confesses to her crime right away. The Chairman forgives her on the spot, but reveals that Soo Hyun had already forewarned him.

Soo Hyun signs a contract with the Chairman for funding, and only belatedly notices the clause that requires him to hire someone of the Chairman’s choosing. The person is Hye Rim, and she is compelled to comply as her punishment for attempting to deceive the Chairman. In return, she will be allowed to keep her café, and live on the third floor of the building, thus allowing her to send her rental deposit to her daughter.

Soo Hyun marches right up to Hye Rim, makes his objection to her hiring known, and lets out a stream of vitriol against her business. Hye Rim, initially reluctant to serve as the center’s advisor, now enthusiastically takes the position.

Soo Hyun and Ji Ho believe that Hye Rim is an ideal candidate to serve as their next study subject. Soo Hyun is greatly amused at the prospect of Hye Rim humiliating herself by declaring her love for him while sitting in a tree. However, he is quick to defend his scientific integrity and rejects Hye Rim as a subject.

Soo Hyun summons Hye Rim to his office for an official meeting with his center’s new advisor. When he attempts to place limits on her access to his patients, she brings up his mother. Soo Hyun asks Hye Rim if her daughter knows that her mother is a con artist. 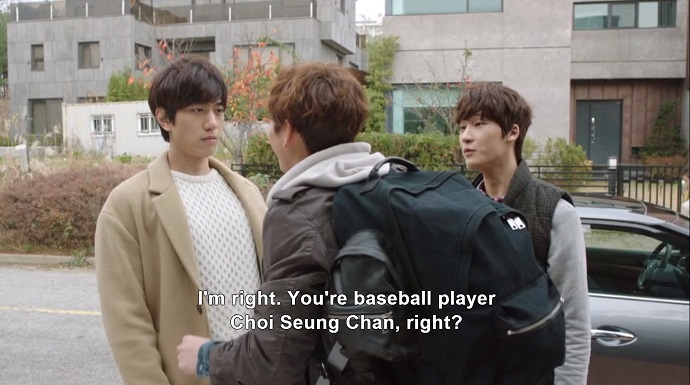 Soo Hyun returns home and is perturbed to find his younger brother, Choi Seung Chan (Jeong Jinwoon) waiting for him. Seung Chan attempts to ingratiate himself to his brother, but Soo Hyun coldly drives away.

When Hye Rim complains about her position to the Chairman, the Chairman convinces her to stick around in order to learn from Soo Hyun about the female psyche (really?!). Hye Rim ambitiously attempts to play catch up by buying an Introduction to Psychology textbook.

After a promising young gymnast collapses on landing as a result of blurred vision, Soo Hyun is asked to assess the gymnast then counsel her, since the vision loss is not the result of a physical ailment. The gymnast is initially hostile and uncooperative, but once she relents to be treated, Soo Hyun diagnoses her with Conversion Disorder.

Hye Rim tries desperately to keep up and learn, in order to make the most of a difficult situation. When Soo Hyun expresses no interest in teaching her, Hye Rim challenges Soo Hyun to make use of her talents, and accuses him of acting petty and arrogant. An abashed Soo Hyun concedes to answer her questions about the gymnast for one minute.

Perhaps Soo Hyun’s compromise is not without an ulterior motive. Hye Rim is now a candidate to become Soo Hyun’s next subject, but her talent for reading others makes it hard to find test suitors. When Ji Ho asks who can fit the bill of being rich, good looking, personable, built and not a celebrity, Soo Hyun appears ready to propose a candidate.

Sung Joon’s cuteness suckered me into giving him another chance after “I Need Romance 3” and “Discovery of Love”, so here we are. Fortunately, he doesn’t disappoint in “Madame Antoine” during the playful moments.

Otherwise, “Madame Antoine” presents us with two leads of questionable morals. Soo Hyun has a nasty attitude towards love and women that he masks with scientific inquiry. Hye Rim makes a living off lying to people, though we’re shown that she draws the line at outright lying to kindly, old and wealthy men.

So, maybe it’s Sung Joon’s appeal, or the flattering lighting that makes everyone and everything look fantastic on this show, or the brisk pacing of this first episode, but I was not completely turned off by Soo Hyun nor Hye Rim. Plus, when these two amoral jerks fall hard for each other, the humiliation will be especially entertaining.