It is cerebral psychology researcher, Soo Hyun (Sung Joon) versus intuitive fortune teller, Hye Rim (Han Ye Seul). He does not believe that women are capable of true love. She was abandoned by her ex-husband for another woman. He turns her into the unwitting subject of his experiment, and uses his brother, Seung Chan (Jinwoon) and student, Ji Ho (Lee Joo Hyung) as conspirators. Her sister, Yoo Rim (Hwang Seung Eon) watches in disbelief as Hye Rim is pursued by three different men. Little do the women know that the seduction strategies are part of a study financed by the Chairman (Byun Hee Bong).

Side dish: This series had sweet and sour moments. Add savoury into the mix by making Lemon-Thyme Bars. You will find a recipe at Tasting Table.

From the start, “Madame Antoine” played fast and loose with research methodology and ethics. It became necessary to overlook Soo Hyun’s amoral treatment of his subjects, and his personal involvement in his study, in order not to stab oneself in the eye in frustration. However, ignoring Soo Hyun’s ludicrously unscientific research was an easy task compared to having to swallow Hye Rim’s attraction towards the untrustworthy and robotic Soo Hyun.

Here is a leading male character who espouses a derogatory view of women, allows petty revenge to drive his work, and executes a clumsy seduction strategy while being disrespectful towards Hye Rim and her skills. Yet, viewers are expected to believe that Hye Rim could fall for this completely unappealing character. Worse yet, the writer added trust issues into the mix with Hye Rim becoming aware that Soo Hyun is experimenting on her, early on. 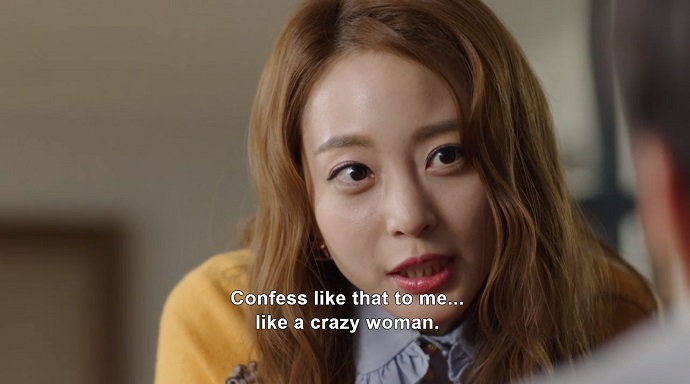 It becomes hard to sympathize with Hye Rim when she descends into the unhinged rage of a woman scorned. Instead of confronting Soo Hyun about his dishonesty, Hye Rim plays mind games, but otherwise, appears to yield to Soo Hyun in professional matters. Hye Rim becomes so unappealing due to her undignified petty behaviour that she actually manages to rehabilitate Soo Hyun’s image in comparison.

The entire focus on two unlikable leads turned “Madame Antoine” into a frustrating, but surprisingly entertaining train wreck. How long will Soo Hyun maintain his ridiculous experiment and theory about women being incapable of love? How much will Hye Rim debase herself for the love of an amoral and untrustworthy narcissist?

It is a shame that more interesting story lines fell by the wayside. Soo Hyun’s family issues were not explored as thoroughly as they could have been. He is only shown interacting with his father once, and his relationship with his step-mother is never fully revealed. Being abandoned by his biological mother is supposedly the reason for Soo Hyun’s negative attitude towards love. So, clearly, it is a driving factor of the show, and yet, it remained a side show to Soo Hyun and Hye Rim’s inability to be honest with each other. 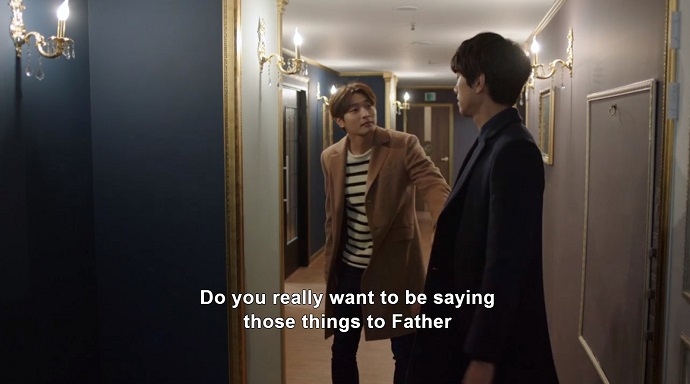 Meanwhile, Hye Rim was at her most poignant when she put aside her hatred of her ex-husband for the sake of her daughter in episode 3. Her meeting with her ex-husband’s current wife was moving without being melodramatic. Yet, this 35 year old mother is reduced to a gullible, lovelorn harpy for the majority of the series.

It is too bad that during their cozier moments, the relationship between the 30 something year old leads remained unbelievably chaste. Fortunately for us, Ji Ho and Yoo Rim provided some respite by readily resorting to kissing and public displays of affection. Plus, we got some believable chemistry from Hye Rim’s interactions with the charming and reasonable Seung Chan. In a better drama, the noona romance between these two would have served as the basis of the show. Older psychologist, Mi Ran and her crush on the considerably younger Seung Chan was superficially shocking due to the age gap, but innocuous in execution.

It is strange how offensive “Madame Antoine” was, and yet, how highly watchable it remained. The show had comedic moments that were genuinely funny, and the show and its cast remained very easy on the eyes throughout its run. Perhaps just as Soo Hyun and Hye Rim kept each other on their toes, the show kept my interest with an unpredictable mix of crazy and amusing.