Kyung Moon Hwang is an associate professor of history at USC Dornsife, and writes a bi-weekly column on Korean history for the Korea Times. He is the author of A History of Korea: An Episodic Narrative, and most recently, Rationalizing Korea: The Rise of the Modern State, 1894-1945.

What was the last K-drama you watched, and did you enjoy it?

“Empress Ki.” I had looked forward to this, because of this character’s historical significance, but I was greatly disappointed to find a typically simplified nationalist spin on everything. What was even worse was that the drama concocted a preposterous back story about her that could have had zero percent chance of actually happening.

Why is the Korean government pushing Hallyu internationally? What will they do with this unprecedented soft power abroad?

I think this is obvious: national prestige, increase in tourism, favorable balance of trade (though this might be negligible). [However] I don’t think the SK government should play any role, really. When governments intervene in creative ventures, it almost always turns out badly.

I don’t think “South Korea” has such soft power, but rather the creative forces in certain entertainment sectors do. It means that overseas interest in Korea can rise, and hopefully some of that interest involves Korean history and culture beyond the present day.

I have heard that the South Korean army has taken to blasting K-pop across the border as a form of propaganda. Is Hallyu an effective weapon against North Korea?

If the army was wanting to inflict torture on North Koreans, yes (speaking here of K-pop).

I don’t think I am in a position to make a judgment on this, as I don’t watch many dramas, and those that I do watch tend to be historical dramas. One of the things that I noticed in past historical dramas was the portrayal of women historical figures as being remarkably modern in their outlook and behavior. 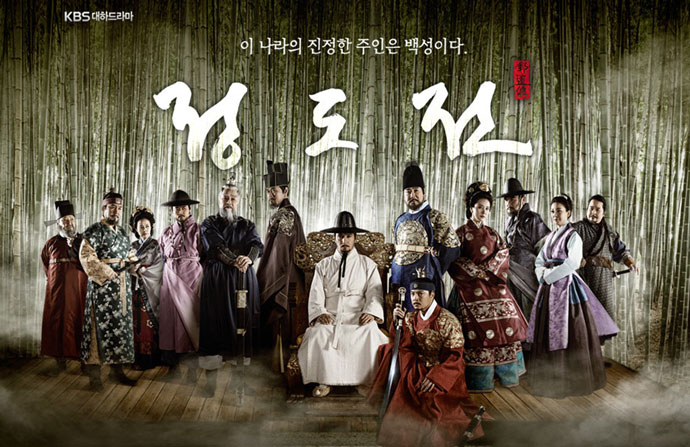 Can you name any dramas or films that portrayed a particular historical era well?

There are many films, too many to list. As for dramas, I thought the recent “Jeong Do-jeon” did a stellar job of going beyond the conventional in its character portrayals, its acting, and its story arc. Most historical dramas run too long and are filled with too much dead space and superfluous story lines.

Click here to find out more about Prof. Hwang.