Eun Tak (Kim Go Eun) is fated to pull the sword out of the chest of goblin, Shin (Gong Yoo) in order to end his 900 years of suffering. However, before that happens, Eun Tak must prove she is the Goblin’s Bride, and avoid getting prematurely claimed by grim reaper, Yeo (Lee Dong Wook). When Eun Tak is employed in the restaurant of Sun (Yoo In Na), little does she know that her attractive boss shares a tragic past with Shin and Yeo.

Side dish: If you visit Quebec City, you can’t spend every meal eating at an expensive restaurant. Sooner or later, you’ll have to cook a meal, so you might as well try baking a Tourtière. You’ll find a recipe from Canadian Living.

Junggugeo Kaenada 중국어 캐나다: We’ve come to the end of the “Goblin” epic.

Only 만: We have, and I’m going to miss seeing Gong Yoo on our screens every week.

Junggugeo Kaenada: Gong Yoo was amazingly charming, and he lulled me into complacency when the story dragged. But, before we get to that, let’s delve deeper into Gong Yoo’s appeal.

Only: To start on a shallow note, he looked great. But, more importantly, he brought the mix of comedy, vulnerability and intensity that makes him so appealing to me. I loved Shin’s interactions with Yeo, which ranged from bickering to laughing together to what felt like a real connection by the end.

Junggugeo Kaenada: Yes, to judge by social media, we weren’t the only ones who enjoyed the pairing of Shin and Yeo. It seemed that viewers could more easily accept them as a couple than Shin and Eun Tak. 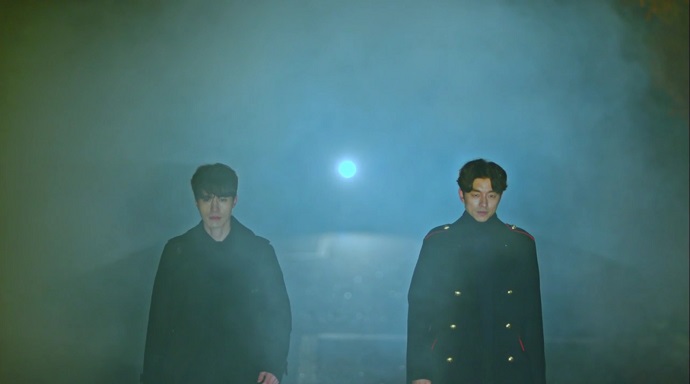 Only: Probably because Yeo felt like Shin’s equal, whereas Eun Tak came off like Shin’s teenage niece for much of the show. Not only that, Eun Tak had so little to do that I felt bad for Kim Go Eun; she did as much as she could with what little the writer gave her.

Junggugeo Kaenada: Yes, I have to commend Kim Go Eun for making an underage candy so appealing. She was cute without being childish, and winsome, but not cloying. It was impressive.

Still, Shin made her look like an idiot when he left her in the dark about his plans for Joong Heon.

Only: And Shin took away Eun Tak’s sole purpose in the story by pulling out the sword himself, using her hands, no less. That whole scene felt convoluted; it seemed like Eun Tak’s only role in it was to be in danger and then cry. Though, that could be said about her role throughout the whole of the show, now that I think of it.

And, for a change, Joong Heon was a genuinely creepy villain, and they wasted him by defeating him in such a lame way.

Junggugeo Kaenada: Speaking of wasted, Sun was given even less to do than Eun Tak. When I think back to her scenes, the majority of them consisted of her sitting around in her restaurant, snacking out of boredom. It’s a shame, because Sun turned out to be such a measured character. She encouraged Shin to forgive Yeo, but she was not prepared to allow herself to repeat history with Yeo.

Only: I actually applauded Sun’s decision to walk away from Yeo, and the fact that she stuck to it. Even with that, the two female leads felt like extraneous characters. Like if they’d rejigged the story to be a romance between a goblin and a death god, it might have worked better.

Junggugeo Kaenada: Lee Dong Wook certainly looked great in the flashbacks to the Goryeo time, even if he had a death wish. Did you enjoy the sageuk parts of the show?

Only: I did. First, because of Gong Yoo’s fantastic mane and second, because of how great Lee Dong Wook looked. Seriously though, the battle scene that started the show was amazing, and the other glimpses we got of the Goryeo era were equally great. I probably would have watched this show if it had been entirely set in the past; it might have saved me from everyone’s terrible turtlenecks in the present.

Junggugeo Kaenada: Back to the present, one thing I enjoyed was the 28 year old version of Eun Tak, and I wish we had gotten to her in the series sooner. Then, I could have enjoyed the kissing sooner. Unfortunately, with Eun Tak’s maturity came a lot of melancholy. How did you enjoy the final episodes? 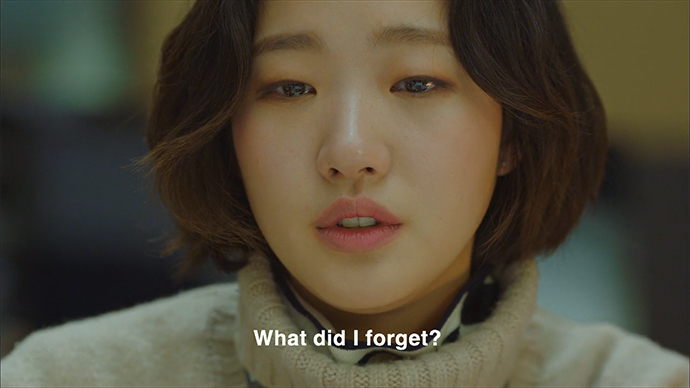 Only: I enjoyed Eun Tak much more when she was older, especially because her interactions with Shin felt less icky. I was less impressed with the drawn-out resolution; it felt like tacked-on drama.

Junggugeo Kaenada: What disturbed me about the resolution is that nothing will ever change. Shin is destined to be an immortal, lonely Goblin, waiting for Eun Tak to reincarnate until she can no longer return to life. I really believed that Shin would become human when he had the sword pulled out of him.

Only: Or at least when he came back from the frozen wasteland. At the end, I assumed that since Eun Tak had three more lives to go, that he would keep living until she ran out, and then they would die together, maybe? I don’t know. It was a weak resolution and, even worse, she was a teenager again at the end. 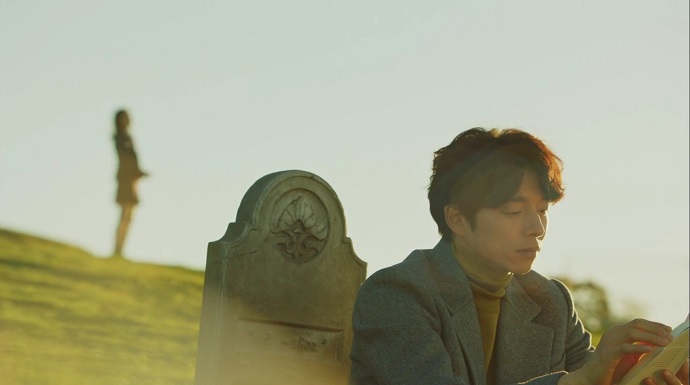 Junggugeo Kaenada: At least it didn’t end with an underage kiss. Fortunately, Shin seemed to save his most intense kisses for their farewell just before he burned away, and when he was reunited with the 28 year old Eun Tak.

Only: Seeing the two of them kiss as adults was amazing, especially with how affectionate they were with each other. As much as I love a dramatic goodbye kiss, the two of them flirting after they got back from the airport was even better.

Junggugeo Kaenada: I laughed pretty hard when Shin and Eun Tak sang that duet at their wedding dinner. They were awful, and Yeo’s reaction was fantastic. It makes me wish they had gotten to this point sooner. Instead, the writer wasted so much time with cuteness to put off pulling the sword out of Shin. If it had been anyone other than Gong Yoo, I think I would have lost patience with the show.

Only: At a certain point, the show felt like a series of great moments meant to distract us from the fact that nothing was happening. You’re right; anyone but Gong Yoo and I would have given up. That’s the magic of Gong Yoo. 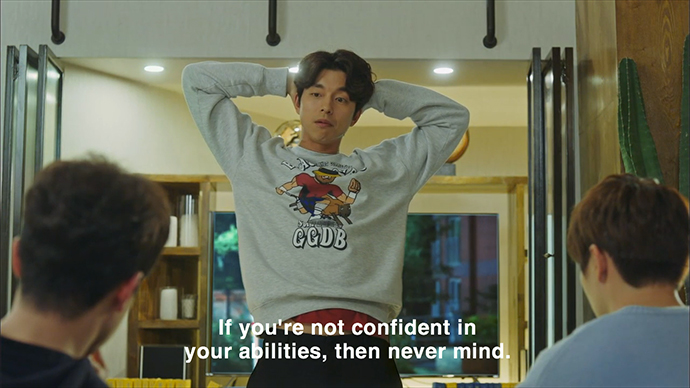