Side dish: No one had any appetite for food in this episode, but tomorrow is another day. Be optimistic; try making Easy Lemon and Herb Chicken Marinade and let it soak overnight.

Min Hyuk (Park Hyung Sik) gets Bong Soon (Park Bo Young) to promise not to pursue kidnapper, Kim Jang Hyun without him, then gives her a location tracking necklace. He drops her off at home, and they both sleep fitfully; Bong Soon is haunted by the kidnapper’s video of Kyung Shim while Min Hyuk tries to discover where Kyung Shim could be. Meanwhile, Gook Du (Ji Soo) speculates that Jang Hyun’s crime pattern changed as he became motivated by revenge against Bong Soon.

Reformed gangster, Baek Tak begins to feel taken advantage of by the Buddhist monk. When he receives news that his redevelopment plan has met township approval, Baek Tak takes off in pursuit of filthy lucre. In other news, Bong Soon’s mother discovers that her husband has been spending time with her rival and has a jealous fit.

The next day, Bong Soon fails to show up at work for the games presentation. Instead, she pulls Jang Hyun’s junkyard apart looking for Kyung Shim. Bong Soon discovers the underground prison and releases all the victims, but discovers that her friend has been taken.

Jang Hyun escapes with Kyung Shim and directs his employee to set the place on fire. Despite having flaming debris falling down on them, Bong Soon and the victims manage to escape. Gook Du arrives just in time to arrest Jang Hyun’s employee. In the police chaos that follows, Bong Soon escapes and is picked up by an angry Min Hyuk who used the the tracking necklace to find her.

Bong Soon reveals to Gook Du that Kyung Shim has been kidnapped, but begs him to let her and Min Hyuk search for her, because Jang Hyun will kill her if police get involved. Gook Du reluctantly agrees and promises to keep quiet about her involvement in saving the women, too. 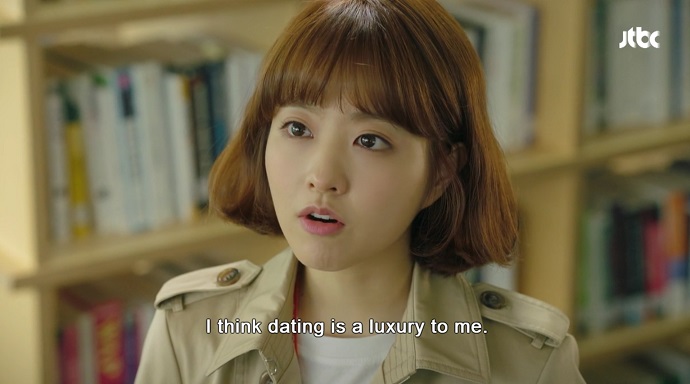 Min Hyuk confronts Bong Soon about his anxiety over her facing danger by herself, despite training her to do just that. Bong Soon coldly breaks up with Min Hyuk while secretly motivated by her fear that he will get hurt if he stays by her side.

Jang Hyun calls Bong Soon using a stolen phone, and arranges to meet up that night. Bong Soon proceeds to the rendez-vous point without telling Min Hyuk nor Gook Du. Little does she know, Min Hyuk’s tracking device alerts him when she is on the move, and he contacts Gook Du. 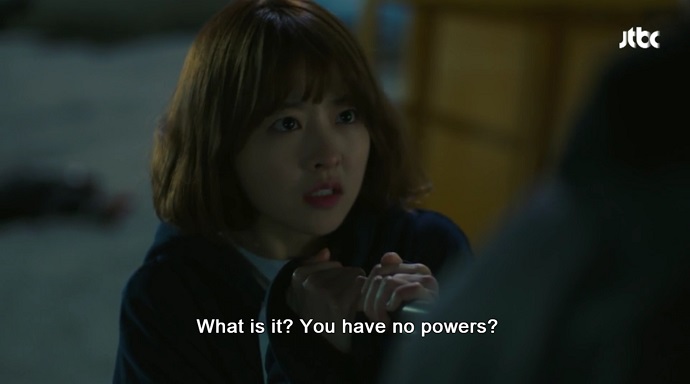 Bong Soon arrives at a construction site, and immediately has to save Kyung Shim from being crushed by an elevator. When she throws the construction elevator off, Bong Sun inadvertently injures an innocent man, and Jang Hyun’s plan to rob Bong Soon of her strength succeeds.

Bong Soon is at Jang Hyun’s mercy when Min Hyuk intervenes. The men fight until Jang Hyun attempts to escape. Gook Du arrives on the scene and shoots Jang Hyun as he is about to run the cop over with his car. Min Hyuk takes Bong Soon in his arms as she goes limp. 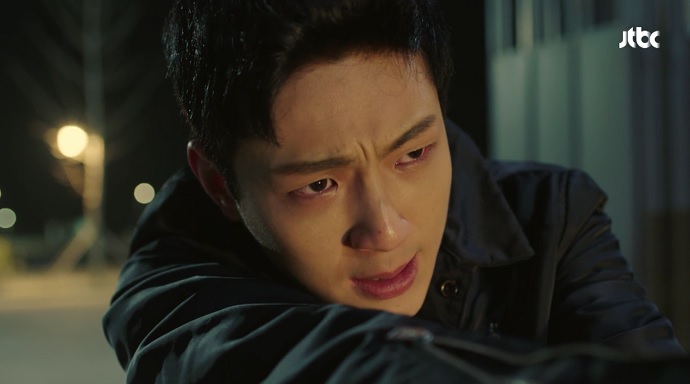 Only is away this week, so we’ve drafted in occasional Noona, Jin Joo (진주) to step in.

Junggugeo Kaenada 중국어 캐나다: Bong Soon is finally acting the hero, and look how much progress she made when she set her mind to it!

Jin Joo 진주: She really cut through all the red tape by ripping Jang Hyun’s junk yard apart, and succeeded in rescuing the victims in short order.

Junggugeo Kaenada: I was so glad the rescue came together so quickly. Now, I no longer have to watch Jang Hyun torture his victims.

Jin Joo: Unfortunately, Bong Soon found no comfort in her success, because she failed to save Kyung Shim. Plus, her newfound focus on being a hero appears to bar Min Hyuk from her life.

Junggugeo Kaenada: The thing is, I completely understand how Bong Soon feels. His cautious approach was completely contrary to her need to take immediate action, and his judgement is clearly compromised by his fear for her safety. Bong Soon also did not need to have another person she cared about in danger so she decided it was safer to cut Min Hyuk from her life.

Jin Joo: Though, by the end of the episode, it is clear that Bong Soon can’t do everything by herself. Having backup is the smart thing to do. She can be such a stubborn, single minded meathead. Plus, I am annoyed that our heroine ended up having to be saved by the men during the climactic showdown between her and the villain. What a letdown.

Junggugeo Kaenada: Yes, Bong Soon never did get good and angry as I had hoped. It especially enraged me when she begged Jang Hyun’s toady to reveal where his boss had gone. 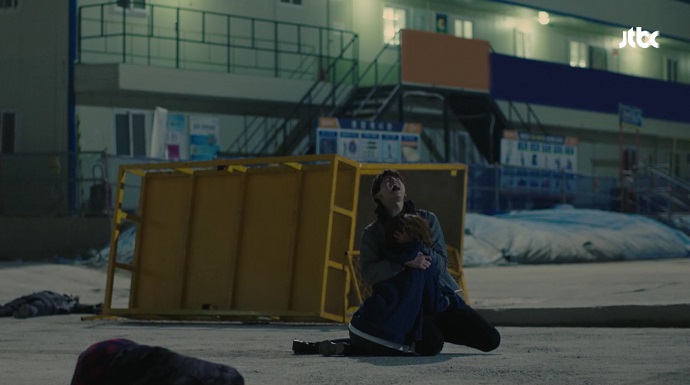 Jin Joo: Sadly, it looks like Bong Soon’s hero days are over. Her powers have left her, and according to the previews, the next challenge will be for her to live as a normal woman. She appears to mourn the loss of her strength even as Min Hyuk dotes on her.

Junggugeo Kaenada: It also seems that the Jang Hyun problem is not over. Regardless, I am looking forward to seeing Bong Soon and Min Hyuk focus on their relationship without the specter of Jang Hyun’s victims casting a shadow over them.