Side dish: If like Min Yeop, you find yourself having to make savoury green onion pancake while your girlfriend moons over another guy, do it properly by following this recipe on How to Make Korean Pajeon Green Onion Pancake.

Han Gyul acts indifferent about his hug with Eun Chan, but the fact is that he is as shaken as she is. He buys her books to become a barista, then is annoyed when their outing is interrupted by Han Seong calling Eun Chan. Later, Han Gyul and Eun Chan share a close encounter in the subway.

The coffee house staff eat at Eun Chan’s home for her father’s memorial. A love triangle plays out between Min Yeop, Eun Sae and Sun Ki. Min Yeop views Sun Ki as a rival until he learns of Sun Ki’s ongoing search for his former girlfriend.

In other news, Mr. Ku objects to Mr. Hong’s infringement on his date with Eun Chan’s mother. Yoo Joo chats with her ex-boyfriend, asking when he’ll visit Korea.

Han Gyul attempts to hide his special treatment of Eun Chan by gifting every one of his employees with toy robots similar to the one he gave her. Then, he sends her an entire box of robots, but refuses to admit that the gift means anything.

In gratitude, Eun Chan shows up at his home with memorial food while he is jogging. Han Gyul agrees to meet up, but panics and summons Yoo Joo to act as a chaperone. The situation devolves into perceived disrespect and hurt feelings between Eun Chan and Han Gyul.

At the coffee house, Eun Chan and Han Gyul engage in a shouting match, and she quits on the spot. That evening, she has beers and goes for a drive with Han Seong. Han Gyul also takes a drive to clear his head, before stuffing himself with kimchi fried rice, which reminds him of Eun Chan.

When she is not driving her mother and Eun Sae crazy at home, an unemployed Eun Chan visits Han Seong’s recording studio. Han Seong offers to speak with Han Gyul on Eun Chan’s behalf, but she is too proud. Yoo Joo is left waiting for Han Seong at home, while Han Gyul plays with his toys by himself.

Following Yoo Joo’s advice, Han Gyul simply calls Eun Chan out of the blue, inviting her to a meal. At the restaurant, Han Gyul marvels at Eun Chan’s food capacity. They get drunk, sing and dance on the street before Han Gyul confesses his admiration for Eun Chan’s work ethic, and apologizes. Eun Chan returns to work, everyone is thrilled, and everything returns back to normal. 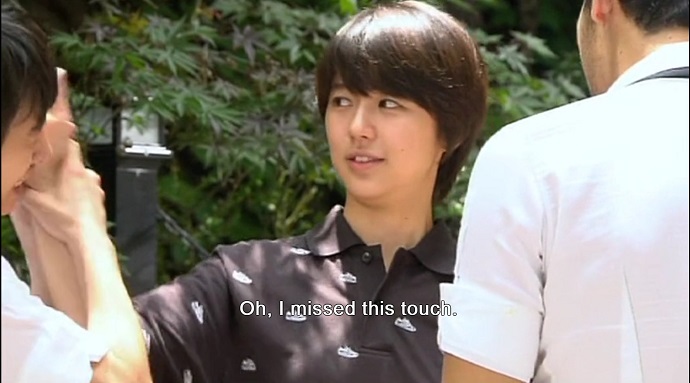 Han Gyul’s grandma collapses, and he learns about the stomach cancer that she has been hiding from him. A concerned Eun Chan goes to Han Gyul’s apartment and finds him full of self loathing. Eun Chan abruptly kisses him to make him feel better. A shocked Han Gyul melts into the kiss.

Junggugeo Kaenada 중국어 캐나다: The shit really hit the fan in this episode. All those hurt, volatile feelings!

Only 만: This episode was a roller coaster. One minute Han Gyul can’t help but hug Eun Chan, the next minute they’re fighting like cats and dogs. then wallowing in the misery of being apart.

Only: I like that Eun Chan’s method of cheering up Han Gyul is to spontaneously kiss him. And it worked! Han Gyul looked so shocked that he forgot how sad he was.

Junggugeo Kaenada: And then he closed his eyes, and my head exploded into hearts and flowers. Han Gyul is fighting his attraction to Eun Chan so hard it’s amazing; he spends half this episode running away from his feelings for Eun Chan and the other half trying to keep her close.

Only: Watching the two of them fight their feelings for each other is the best part of this show; the other characters just can’t match up to the sparks these two generate.

Junggugeo Kaenada: And sometimes the other characters get caught up in their vortex, like when Han Gyul uses Yoo Joo as a buffer between himself and Eun Chan, to disastrous results.

Only: I do feel bad for Yoo Joo in that scene, as the conversation devolves into a bitter shouting match and she has nothing to do but sit there.

Junggugeo Kaenada: Kudos to Yoo Joo for not trying to step in and awkwardly smooth things over between the two of them. Instead, she’s the one who gives Han Gyul the push he needs to make up with Eun Chan later on. But then, she’s rewarded for her efforts by Han Seong ditching her in favour of comforting Eun Chan. She really can’t win.

Only: On the other hand, Yoo Joo is asking for her ex-boyfriend, the mysterious DK, to visit, so maybe she’s looking for more drama.

Junggugeo Kaenada: Or maybe, she’s feeling neglected. Han Seong seems more interested in Eun Chan in this episode than he is in Yoo Joo. And yet, it’s pretty clear Eun Chan’s interest in him is rapidly disappearing in the face of her budding connection with Han Gyul.

Only: Can you blame Eun Chan? This episode ramped up the tension between Han Gyul and Eun Chan to such a degree that there’s no room for anyone else. Han Gyul’s longtime crush, Yoo Joo is now a buffer, and Han Seong is rapidly attaining buddy status for Eun Chan.

Junggugeo Kaenada: Right. To the point where neither Han Gyul nor Eun Chan has any idea what to do with their strong feelings for each other.

Junggugeo Kaenada: Listen, we really could spend the whole recap talking about Han Gyul and Eun Chan’s feelings, so we should probably talk about something else. How did you feel about the love triangle between Min Yeop, Sun Ki and Eun Sae?

Only: I love how disinterested Sun Ki is in the whole situation. Eun Sae is chasing him, Min Yeop is losing his mind with jealousy and Sun Ki pretty much just thinks they’re both idiots.

Junggugeo Kaenada:Unfortunately, since I know what’s coming, I can’t say I ever cared for Sun Ki’s back story, but in the meantime, his disdain for this situation is refreshing. It’s as if Eun Sae and Min Yeop are trying to drag him into a third-rate drama and he just can’t be bothered with it.

Only: Do you remember what’s coming up in the next episode?

Junggugeo Kaenada: Only vaguely. I can guess that given the way this episode ended, we’re not done with the emotional roller coaster for Han Gyul and Eun Chan. 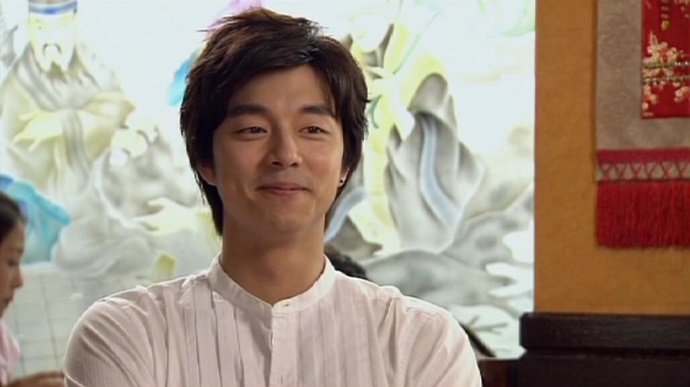 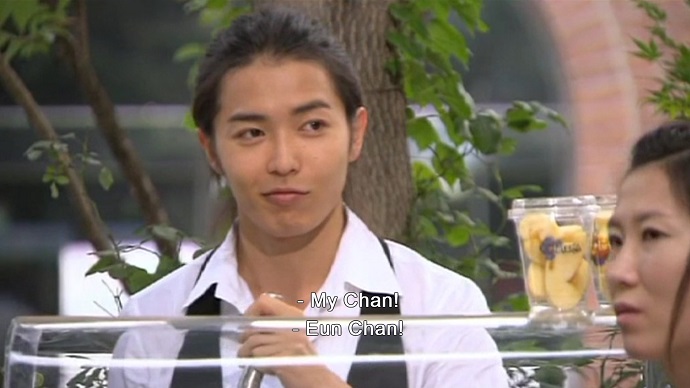