Side dish: Do you have trouble waking up but don’t have time to drink coffee? How about this recipe for Mexican coffee buns from Rasa Malaysia to save you from all that pesky drinking?

After their kiss, Eun Chan asks Han Gyul if he would date her if she was a girl. He claims that he would not since he is at an age where he needs to find a respectable wife. Eun Chan decides to keep her secret in order to stay by his side.

Eun Chan and Han Gyul go to visit his grandmother in the hospital, and Eun Chan gets along easily with the feisty old woman. Yoo Joo arrives at the hospital with Han Seong, and is clearly ill at ease.

After coming across Han Gyul with his head in Yoo Joo’s lap, Eun Chan lambastes Han Gyul for his inappropriate behaviour. The next day, Han Gyul is still trying to justify his touchy feely relationship with Yoo Joo to Eun Chan. Meanwhile, Yoo Joo makes her jealousy about Eun Chan known to Han Seong. 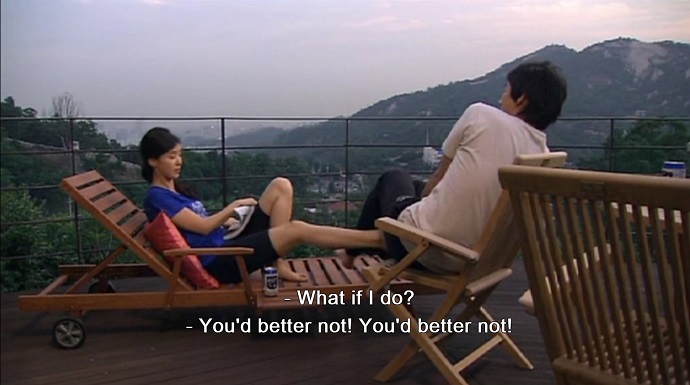 Min Yeop is grateful when Sun Ki divulges that he is Japanese, and decides to return the favour by sharing Eun Chan’s secret. Sun Ki reveals his knowledge by asking Eun Chan how she hides her breasts. Eun Chan desperately agrees to clean Sun Ki’s place once a week in return for his silence.

Despite her voice lessons, Eun Sae proves to be an awful singer at an audition. After the professional rejection, Eun Sae coldly rejects Min Yeop. Ha Rim gives Min Yeop the opportunity to play the hero by pretending to harass Eun Sae. This far fetched plan succeeds in getting Eun Sae and Min Yeop to reconcile.

When Eun Chan starts acting cold and distant towards Han Gyul, he confronts her. She admits that she likes him, and needs space to get over him. Han Gyul enlists questionable psychiatric help to get over his feelings for Eun Chan, taking medication purportedly meant to solve being a gay cross dresser.

Han Gyul and Eun Chan take his grandma out for dessert, and Grandma saucily wonders why the two men are always hanging out together. Han Gyul promises his grandma that he will prove that he can be successful with the coffee house. 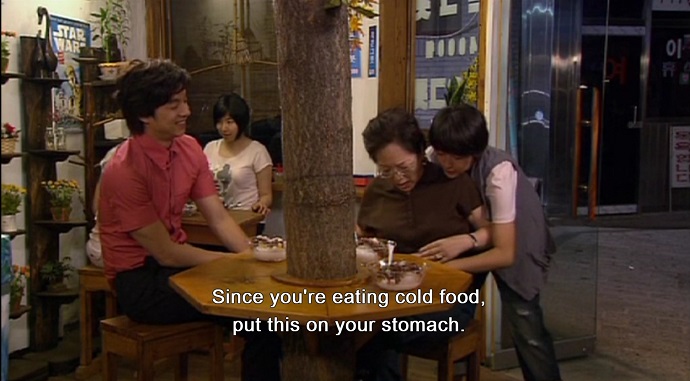 Yoo Joo’s ex-boyfriend, DK shows up at her exhibit with a proposal. He would like to hire her to design his restaurant from the ground up.

While avoiding Han Gyul, Eun Chan has been spending lots of time with Han Seong. The illusion of friendship is destroyed when Han Seong kisses Eun Chan. It sends her running out of the house, and into Yoo Joo at the front gate. Despite Eun Chan’s silence, Yoo Joo correctly guesses that Han Seong has been unfaithful and she calmly leaves. 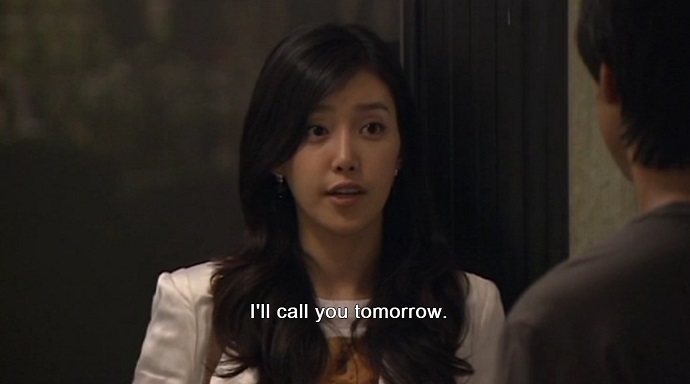 After spending time with his grandma, Han Gyul is invited by his father to share a drink for the first time ever. Unfortunately, his father’s gesture is motivated by a desire to pressure Han Gyul into joining the company. Han Gyul angrily wonders aloud why his father brought him home if only to neglect him.

Eun Chan runs over to Han Gyul’s place upon request to keep him company. When he tells her how he learned that he is his father’s illegitimate son, Eun Chan secretly mimes holding and comforting Han Gyul. After drowning his sorrows in alcohol, Eun Chan carries Han Gyul to bed and becomes trapped under his arm. He pins her down while ordering her to stop seducing him. Han Gyul proposes that they become sworn brothers, who are even closer than real brothers. He chases Eun Chan around the apartment until she agrees.

Only 만: I feel like I say this about every episode, but this episode was such an emotional roller coaster.

Junggugeo Kaenada 중국어 캐나다: So much is happening in these mid-series episodes. While the relationship between Eun Chan and Han Gyul is ramping up, her relationship with Han Seong has soured in an instant.

Only: It’s obvious Han Seong’s been looking at her differently in the past couple of episodes, but I was as startled by that kiss as Eun Chan was.

Junggugeo Kaenada: I have to give Lee Sun Gyun credit for making Han Seong’s reckless move on Eun Chan emotionally believable. Plus, Yoo Joo saw it coming, even if Han Seong couldn’t admit that he was having feelings for Eun Chan.

Only: Well, Han Seong and Han Gyul are cousins after all: neither one is good at acknowledging their feelings until they boil over.

Junggugeo Kaenada: Right. Instead of admitting that he had feelings for Eun Chan, Han Gyul decided decided to harass her like a school boy pulling the hair of the girl he likes. In contrast, Eun Chan was surprisingly frank about her feelings with Han Gyul, even if she couldn’t bring herself to reveal her true gender. That was refreshing.

Only: Her blunt confession was fantastic. Less fantastic is her dithering over the dilemma of whether to reveal herself to him or not. I mean, was Eun Chan seriously contemplating spending the rest of her life as a man just to be by Han Gyul’s side?

Junggugeo Kaenada: Her justification is that their time is limited, because he intends to return to the US, and marry a fellow chaebol, so why bother creating a problem by confessing? I understand her reasoning, especially with such heightened emotions.

Only: If she thinks their time is short, then I would argue for the other option and lay it all out, especially since she’s never going to see him again. Han Gyul actually paid Eun Chan to act like his lover in order to avoid taking a respectable wife, so I’m not sure why Eun Chan took that comment so seriously. On the other hand, this is a pretty good indication of how involved I am with these characters, that I’m this worried about Eun Chan’s decisions, even when I think they’re silly.

Junggugeo Kaenada: Speaking of silly, what are your thoughts on Eun Sae’s spectacularly failed audition?

Only: On the one hand, I was a bit sad for Eun Sae having her dreams crushed. On the other hand, I find Eun Sae’s lack of self-awareness pretty funny. I mean, she’s a loan shark to her classmates to fund her Kpop dreams and she has no talent whatsoever.

Only: It’s hard to feel bad for Min Yeop when he’s such a clingy blabbermouth. Though, I guess telling Eun Chan’s secret to Sun Ki didn’t turn out so badly.

Junggugeo Kaenada: I found Sun Ki’s reaction to Eun Chan’s secret amusing. The character’s dry humour is a nice contrast to how earnest every other character is. Too bad they decided to burden him with a love story that feels like a stretch and an unnecessary distraction.

One side story that I did appreciate in this episode was Han Gyul’s grandmother’s interactions with Eun Chan and Han Gyul’s mother.

Only: Grandma is obviously as taken with Eun Chan as Han Gyul and the rest of his family. Actually, the great thing about Grandma is that she isn’t one-dimensional, in the way that older female characters are often portrayed; she’s neither a saint nor a bitch. She’s cranky, but caring and she’s obviously worried about her family.

Junggugeo Kaenada: What worried me was the show’s perception that homosexuality is a medically treatable disorder. I would argue that Han Gyul’s solution of becoming sworn brothers with the object of his affection is pretty gay.

Only: I don’t know if that was the show’s perception; that doctor was obviously a crackpot with poor taste in coffee.

Junggugeo Kaenada: However, we can thank Han Gyul’s misguided notions of homosexuality and Eun Chan’s inability to confess for launching more sexually charged close encounters, which can only mean more entertainment in the next episode.