The entire series may be going down in flames, but some actors soldier on, making the most of the situation. Here are the actors we would like to commend for putting in a good performance in the midst of absolute crap.

“Triangle” was never a great show to begin with, but the death knell came midway through, when the series’ focus shifted entirely to the character of Heo Young Dal. If there had been some kind of story-related reason for this, it might have worked; instead, it was motivated by the average ratings, since Young Dal was played by popular idol actor Kim Jae Joong. Given Jae Joong’s wooden performance as an uptight chaebol in “Protect the Boss”, this could have been a recipe for disaster. In fact, Jae Joong was the only one who managed to hold up his end of the bargain, turning in a convincing performance as a young thug who transforms himself to avenge his dead father. Too bad almost everything else about the show sucked, from the slapdash writing, to the messy directing, to the rest of the largely squandered cast. – Only 만

“Nail Shop Paris” was just a hot mess; gender bending, gumi hos, and new people every week who inexplicably bring their problems to a nail salon. In the midst of the random plot developments and universally wooden acting, Song Jae Rim rose to the top of the heap with his heartfelt and nuanced performance as the second male lead. It is no wonder that the female lead picked him in the end. Okay, that was a spoiler. In my defense, it was the prospect of seeing the second male lead get the girl, for once, that kept me watching. – Junggugeo Kaenada 중국어 캐나다

I was never a big fan of “Sex and the City”, so I wasn’t expecting much from the Korean incarnation, the “I Need Romance” series. In fact, “I Need Romance 3” never even reached the level of “Sex and the City”, with its tepid friendships, and a main couple whose entire relationship was based on the saintly patience and frequent creepiness of the male lead. The one character I managed to care about by the end of the show was the ostensible villain, Oh Se Ryeong, as played by Wang Ji Won. Given that she was the nemesis of the lead female, Shin Joo Yeon, she was the only character to have any kind of self-awareness, or to be honest and direct about what she wanted. By the end of the show, Se Ryeong was the only person whose storyline held any interest for me, and much of that was down to Wang Ji Won. Wang Ji Won infused Se Ryeong with an easy charm that made her confident and likeable, and gave her a depth that was lacking in rest of the characters. – Only

No amount of Gong Yoo’s post-army abs nor his cuteness could save “Big” from a myriad of problems: a dense female lead who was also a pushover, a crazy, single minded teenager as the second female lead, and neither of them really had romantic chemistry with the male lead. So, Gong Yoo was left to just charm the viewers with his physical comedy, his adorable mannerisms, and his ability to crank up the heat on any intimate moment. Otherwise, he was squandered, because though they started the series with Gong Yoo topless, he pretty much stayed clothed the rest of the series. And, there was only one hot kiss. What a waste. – Junggugeo Kaenada

It’s a shame they never met onscreen, but it was to be expected; Kang Ha Neul and Lee Sang Yoon were playing the same person, Park Dong Joo, at different ages. Despite having to spend much of his appearance weeping, Kang Ha Neul turned in a surprisingly good performance as the earnest and sweet teenaged Dong Joo. As for Lee Sang Yoon, his epic cuteness needs no explanation. As the older, but still sweet Dong Joo, he spent a lot of time brooding in the shower or flashing his dimples. Too bad about the collection of random, angst-inducing coincidences that passed for a plot. – Only 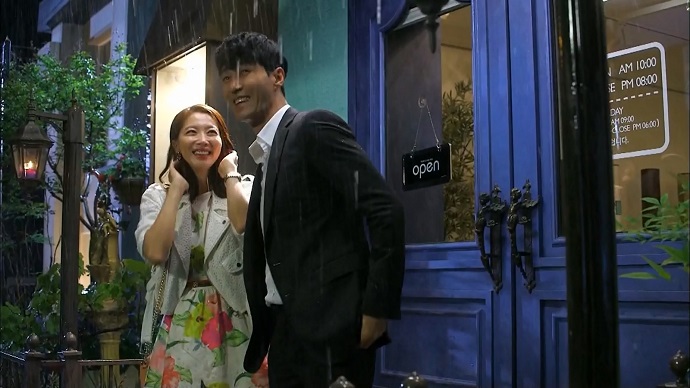 Their pairing did not start with promise. Oh Yoon Ah plays Sa Kyung, the embittered ex-wife of Pan Seok, a workaholic cop played by Cha Seung Won. Every time they met, she would act hostile, he would take the verbal beating, and everyone else would feel uncomfortable. However, just as the rest of the series was slipping into perpetual police incompetence, and the slowest revenge plot ever, Sa Kyung suddenly decides to forgive Pan Seok. Thus, viewers are treated to a sexy relationship between two adults who have learned to accept each other for who they are. The easy chemistry between Oh Yoon Ah and Cha Seung Won could have carried the series if only they had been allowed to lead. – Junggugeo Kaenada

Readers: have you spotted a diamond in the dung pile?

Honour their hard work in Comments below.