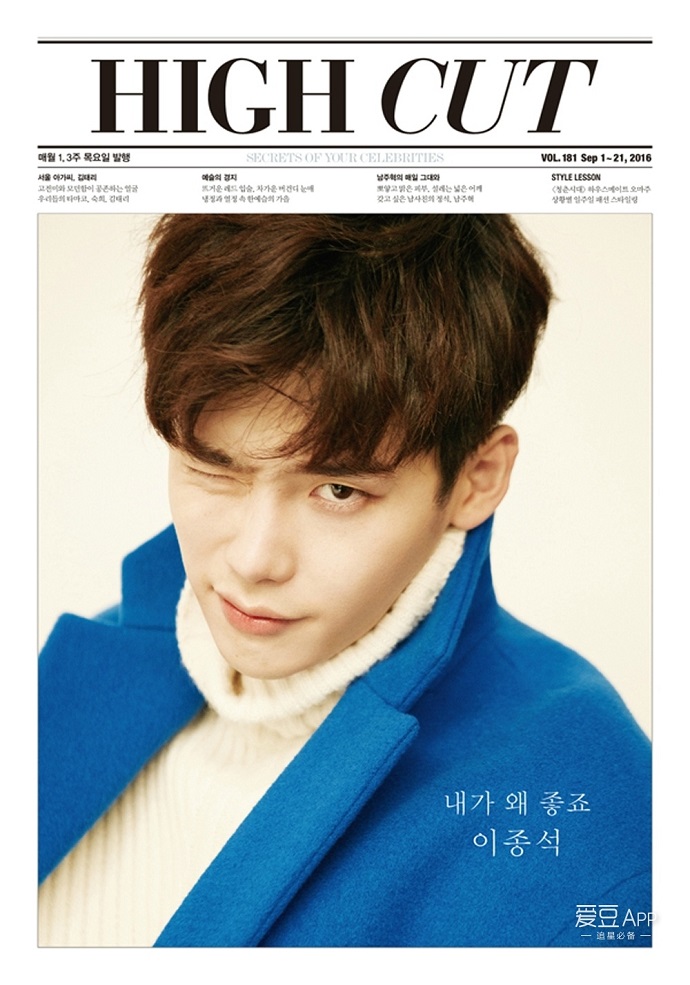 If it was any other week, Kim Ji Seok would be the featured image, because he looks great in these photos, and he is so much fun. But, with Lee Jong Suk in High Cut – sorry, Kim Ji Seok. Kim Ji Suk Shows Rebellious Side for The Celebrity

Holy mixing genres, Batman! If this starred anyone other than Gong Yoo, I would probably stay away. Fantasy romance Goblin secures main cast and PD

Lee Sang Yoon and Shin Sung Rok will plays rivals again, but I doubt this will be as fun as “Liar Game”. Liar Game rivals reunite in a love triangle in On the Way to the Airport

Speaking of “Liar Game”, we loved Lee El’s character in that drama, and she’s going to be in “Goblin”! Lee El jumps from MBC’s Monster right into tvN’s Goblin

We did a photo feature called “With Kim Young Kwang”, which demonstrated that the former model gets paired up with other Kdrama actors in a lot of photo shoots. This one is the latest example of this phenomenon. Joo Won & Kim Young Kwang for Italian Brand Jiohtu F/W 2016

A high-ranking North Korean diplomat has defected to South Korea, in part because of the ideals about life in South Korea. Is this the power of Kdramas and Kpop? Defection a serious blow to North Korean government, says U of T’s Tina Park

Korean netizens don’t seem to believe that non-Asian Americans could actually be fans of Kdramas. They obviously have not been to KCON. Top 10 Korean dramas most loved by Americans